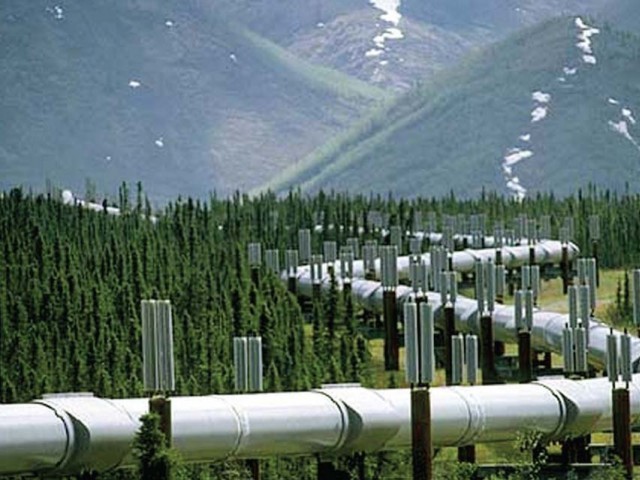 Talks with Russia for alternative sources of funds began after China’s reluctance to invest in the project in fear of sanctions. PHOTO: FILE

Pakistan confirmed on Thursday that it is holding talks with Russia to finance a multi-billion dollar gas pipeline project after China backed out from the project over fears it could be hit by US sanctions.

“A Pakistan technical delegation will visit Moscow early next month to have discussions with relevant Russian authorities and companies, including the Gazprom,” foreign ministry spokesperson Abdul Basit said at his weekly briefing on Thursday.

Talks with Russia for alternative sources of funds for the Iran-Pakistan gas pipeline came after the Industrial and Commercial Bank of China (ICBC) failed to sign up to consortium to fund Pakistan’s $1.5 billion share of the project.

Basit said Pakistan was committed to the project, despite mounting pressure by the US to abandon the project because of sanctions against Iran over its controversial nuclear programme.

However, Pakistan has insisted the project is vital in helping to overcome a debilitating energy crisis.

In recent weeks, violent protests broke out in major cities, particularly in Punjab, over long power outages that have hampered the country’s already fragile economic progress.

But the fate of the project hangs in balance, following US threats to impose sanctions on Pakistan if it goes ahead with the plan.

Many experts fear that Pakistan may eventually back out and is using the project as a ‘bargaining chip’ in negotiations with Washington.

“Iran has laid the pipeline close to the Pakistan border, whereas in the Pakistani area not even one inch of pipeline has been laid. If the work does not start immediately, we will not receive any gas from Iran by 2014,” said economist Shahidur Rehman.

‘Talks with US not meant to undermine parliamentary review’

The foreign office spokesman brushed aside the impression that the ongoing debate in Parliament over the new terms of engagements with the US was a futile exercise given the recent flurry of exchanges between the two countries.

Basit maintained that Pakistan attaches great importance to its relationship with the US and that talks between the top civil and military leadership were not aimed at undermining the parliamentary review.

“No government official can think of undermining the role of Parliament,” Basit insisted, adding that Parliament alone would decide the future of ties with the US including the resumption of Nato supplies in Pakistan.

Recent talks between Prime Minister Yousaf Raza Gilani and US President Barack Obama in Seoul and a meeting between top military commanders from the both sides in Rawalpindi this week have fueled speculations that the two countries might have already struck a deal on key issues.