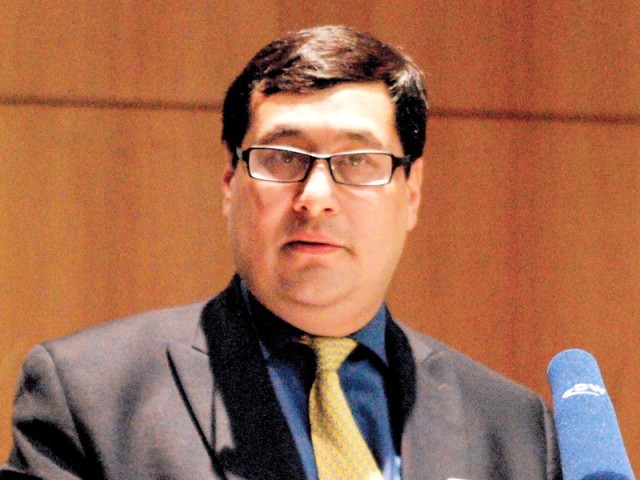 “In an odd way, the present is a big moment for higher education in Pakistan”, said Dr Adil Najam, while sharing his optimism about the state of education in the country during an exclusive interview with The Express Tribune.

Dr Najam, who returned to Pakistan in 2011 after 20 years to take up the position of vice chancellor at the Lahore University of Management Sciences (LUMS), stressed that education, especially higher education, was what he termed a “happening sector” in the country. But with education witnessing an unanticipated activity over the past few years, according to Dr Najam there is always a danger of things taking the wrong course.

With the Higher Education Commission (HEC)having taken the role of regulating higher education in Pakistan since 2002, the vice chancellor is of the view that despite failing to accomplish as much as HEC desired, it did manage to accomplish more than its critics give it credit for. As an educator, he believes that the HEC’s role has created a ‘mixed bag’ of consequences, “while issues like plagiarism which is now being addressed have caused concerns. But then it is also true you have a stream of PhDs (irrespective of their quality) returning to the country,” he claimed.

Speaking on the state of education in the aftermath of the 18th amendment, Dr Najam mentioned that the devolution had left it in a state of confusion. Claiming to be a big proponent of devolution as an idea, he looks at higher education through a different lens. “Ideally universities should be autonomous, but since Pakistan is a developing country, there should be a certain degree of ‘spoon-feeding’ from the HEC,” he stated. Explaining the dynamics of primary and secondary education, he said that both these levels of education essentially required planning by the government.

Expressing his view that true investment always came from the people and not the government, Dr Najam added that the society at large had started valuing education which was evident from the investments made in education by the parents. “For the right or wrong purposes, parents invest money in tuition centres or preparatory schools because they value education.” However he warned that such measures could also run the risk of turning the entire education system into a ‘giant tuition centre’, where according to Dr Najam educational institutes become a vehicle of ensuring a student gets through just an exam.

Calling the primary education in Pakistan as an ‘apartheid system’, he lamented that it imparted education based on the social status of people, which would determine the future trajectory of an individual’s life. Recently launching a public campaign on the Abdus Salam Chair at Lums, Dr Najam claimed there was a need to acknowledge and respect academic brilliance, hoping that the chair would eventually become the most prestigious in Pakistan. “What Abdus Salam means to me is pure excellence,” he stated.

Hoping that the youth will steer the country towards progress, he was adamant that they were the biggest resource of Pakistan. “If we only converse on the problems facing the country we are heading nowhere. But if it is about solutions to those problems then there is hope, and here is where the youth comes in with their positivity and potential”, he remarked.