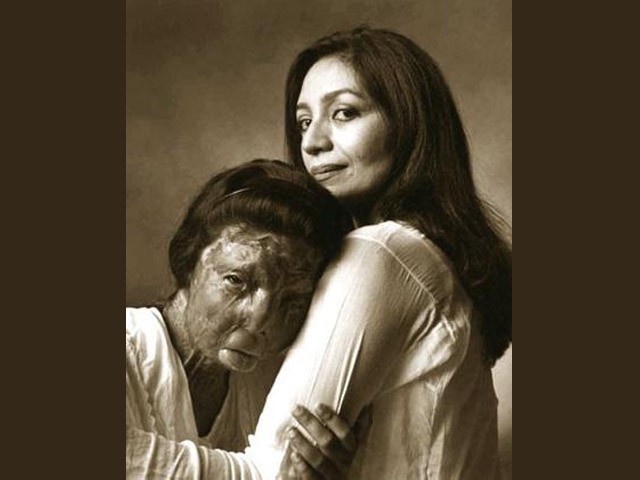 Parliament unanimously adopted on Tuesday a resolution seeking “comprehensive and dedicated” laws against anyone found guilty of acid crime; though not entirely without controversy, as the name of Bilal Khar, the alleged suspect in Fakhra Younus’ case, was struck from the record.

A joint sitting of the National Assembly and Senate adopted the resolution after parliamentarians demanded legal action against the man accused of throwing acid on Fakhra Younus.

“The house also strongly recommends that a comprehensive and dedicated law on acid crimes be passed at federal/provincial levels,” the resolution read.

The first-of-its-kind resolution on acid crime victims, moved under the Rule 157 of Parliamentary business, further asserted that the federal and provincial governments must commit to provide fully-funded treatment, healthcare and rehabilitation programmes for the victims of acid crimes.

Pakistan Muslim League-Q (likeminded) MNA Kashmala Tariq moved the resolution, which further stated: “We (lawmakers) demand that those culprits who defaced Fakhra and ruined her life be indentified and punished forthwith and a transparent inquiry be ordered as to why the culprits were not earlier identified or punished.”

Speaker National Assembly Dr Fehmida Mirza on the request of some lawmakers deleted the name of Bilal Khar.

Interior Minister Rehman Malik also urged the house to issue strict orders to enforce laws to keep a check on the sale and purchase of acid in the market – hoping that it “might be the first step to prevent such heinous crimes in society.”

Some lawmakers also asked for a review of the punishment for acid crime perpetrators and recommended that the maximum penalty should include capital punishment if Parliament is in agreement.

Pakistan Peoples Party MNA Nafeesa Shah and Pakistan Muslim League-Nawaz MNA Anusha Rehman requested the NA speaker to give her ruling for all acid victims and “not to generalise the matter.”

They stressed on a review of some clauses relate to “The Domestic Violence Bill, 2009”, which is likely to be presented in Parliament this week.

Although the Domestic Violence Bill, 2009 was on the agenda of the day on Tuesday, it could not be taken up till the session adjourned for Wednesday.

“Member-in-Charge MNA Yasmeen Rehman will move the bill to make provisions for protection against domestic violence, as passed by the National Assembly and not passed the Senate within 90 days, is taken into consideration at once,” the agenda read.

The Senate has already unanimously passed a bill that imposes strict punishments on those who attack women with acid. The Acid Control and Acid Crime Prevention Bill called for a prison term ranging from 14 years to life and levies fines of up to Rs1 million for perpetrators of the crime.

Pakistan in no hurry to restore NATO supplies