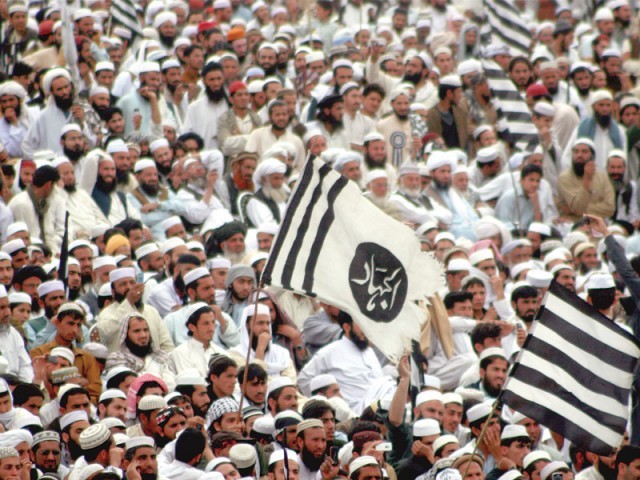 A bitter blend of diplomatic obligations and domestic political considerations appears to be forcing Pakistan to delay a key decision on unplugging Nato supply routes, with the government and opposition wrangling over fresh terms of engagement with the United States.

“I don’t think Parliament can give a final verdict on the report of the Parliamentary Committee on National Security (PCNS) this week … there is going to be a delay, may be a long one,” said a government official on Sunday, as the National Assembly and Senate prepared to resume a joint session to debate fresh parameters for the country’s role in the war on terror.

“Obviously, we can’t ignore the shouting opposition parties and take a unilateral decision especially on resuming Nato supplies … it is going to hurt us politically because it is the election year,” said the official, who belongs to the ruling Pakistan Peoples Party (PPP).

Parliament is supposed to approve PCNS’ 40-point proposal at the end of a debate that will start from Monday and is scheduled to go on for three days. But the PPP official said that parliamentary approval was unlikely because the government would try to convince the opposition groups to support them.

The government, he added, might agree to some of the opposition’s proposals in an effort of evolve a consensus.

Opposition groups decided in a meeting over the weekend that they would push the government not to resume Nato supplies at any cost.

“We would like the government to go beyond the report of the parliamentary committee … we want a holistic review of the foreign policy especially our so-called alliance with the US in the war on terror,” said PML-N deputy information secretary Khurram Dastgir Khan. He added that the opposition would not support the PCNS recommendations until the basic rules of engagement with the US were determined and put in writing.

He said the opposition would propose that the government determine parameters of the war on terror on the domestic front as well.  “Ten years into fighting, we still don’t know the contours of our campaign inside tribal areas…it is time to debate it as well,” the PML-N official said. “We are in a blind war.”

Jamiat Ulema-e-Islam-Fazl (JUI-F) chief Maulana Fazlur Rehman vowed on Sunday that his party would not allow a single Nato container to move into Afghanistan even if the government unblocked the routes.

“Any decision to reopen the Nato supply routes will be a decision of the government, not Parliament,” Fazl told thousands of his supporters at an ‘Islam Zindabad Conference’ organised by the JUI-F in Peshawar.

The banned Tehreek-e-Taliban Pakistan (TTP) said they would attack lawmakers if they decide to reopen Nato supply routes.

“If Parliament decides to restore Nato supplies, we will attack parliamentarians and their overlords,” TTP spokesperson Ehsanullah Ehsan said on Sunday.

(With reporting by Umer Farooq in Peshawar and Reuters)