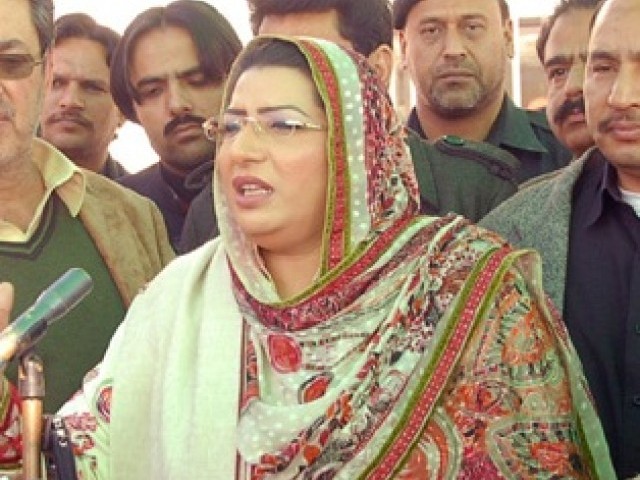 LAHORE: The Federal Minister for Information and Broadcasting Dr Firdous Ashiq Awan reiterated on Saturday that only the parliament has the prerogative to decide on the restoration of NATO supplies.

Talking to media persons at the Allama Iqbal International Airport, she said, “The National Security Committee of the Parliament has submitted its recommendations, and matters like restoration of NATO supplies and new terms of engagement will be discussed with the US after decision by the parliament.”

On the question of importing 50 locomotives from the US, she said the demand could be part of the package once the government enters into consultations with the US with the due seal of parliament.

To a query, Dr Firdous said the law and order situation had improved a great deal over the last four years  the PPP-led government has been in power, adding that terrorism had also been checked.

“Could you think of holding a press conference in public, four years ago?” she asked.

About the energy crisis, the Minister said the PPP-led government had added 1900 MW to the national grid despite the fact it had inherited a crises ridden sector from the previous regimes, asserting that the provincial governments were equally responsible to produce electricity after the 18th amendment.

Regarding price-hike prices, she said it was international economic phenomenon but the federal government was taking measures to address the issues.

Gilani is a Pakistani citizen and has right to fair trial

Asked about the contempt of court case against Prime Minister Yousaf Raza Gilani, she said the Premier is a citizen of Pakistan and every Pakistani citizen has the right to fair trial, adding that one does not come across any such precedence where a person shows no-confidence in the bench and the bench is not-reconstituted.

“The matter of immunity to the President can be referred to the parliament by the apex court as was done in the judges appointment case,” she responded.

To another query, the Minister said the matter was sub-judice and the parliament could not take suo motu like the court, adding that parliament would debate on the issue if it is referred by the court.

About reshuffling of the cabinet, the minister said change in the cabinet is the prerogative of the Prime Minister and he could reshuffle people as captain of the team.

About Punjab Chief Minister Shahbaz Sharif’s recent remarks, Dr Firdous said the term ‘Ali Baba and Forty Thieves’ was ascribed to the Sharifs by the then dictator Gen (Retd)Pervez Musharraf after he put them behind the bars, adding that he had issued a charge-sheet against them in different cases including the money laundering case.

She said Shahbaz Sharif and other thieves submitted a plea bargain to their friend and benefactor Pervez Musharraf after confessing to corruption charges before fleeing the country.

Dr Firdous alleged the corruption of Sharifs was linked to the Mehran Bank Scandal.

The Minister lamented the fact that Punjab Chief Minister Shahbaz Sharif had spent more public money on self-projection in the distribution of laptops to students in Punjab and wasted millions of rupees on his media campaign to prop up his image.

Mahesh Bhatt: A revolutionary in his own right