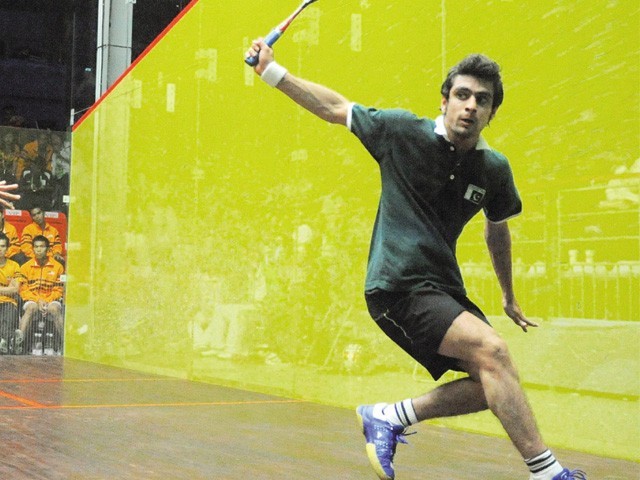 Aamir, who was on the backfoot from the start, went down in the first game 11-5 but fought back to seal the next two 11-9, 11-6. Bukhari hit back in the next game 11-9 but Aamir sealed the win with a score of 11-2 in the decider to set up a semi-final with brother Danish.