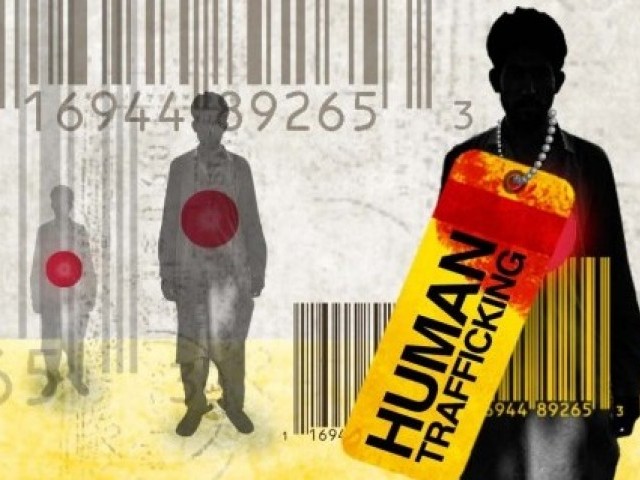 DPO said that more than 20 women trafficking cases at various police stations in the Punjab were traced to those arrested.

Police on Wednesday arrested five people, including a woman, from the tribal areas of Dera Ghazi Khan on charges of trafficking women.

They also recovered two women, who had been kidnapped near Kot Abdul Malik and Lahore in February 2012.

They also recovered Rs70,000 from those arrested. Police said tribal chiefs had helped them make the recoveries and the arrests.

Police said the main suspect, 40-year-old Nargis, had told the women that she would get them cards under the Benazir Income Support Programme. They said Nargis had then taken the two women to a tribal area of the DG Khan district and had sold them.

He said the police had raided a house in Rakhni, where they found one of the victims and arrested Nargis and two of the men. Another woman was later recovered from Barkhan, where police also arrested the rest of the three men. He said that more than 20 women trafficking cases at various police stations in the Punjab were traced to those arrested.

The recovered women were handed over to Shafiqabad police. The DPO said the police will arrange for the medical examination of the recovered women. DPO Hayat said initial investigation indicated that a local landlord, Lakhu Khosa, was involved in the trafficking. He said police had raided his house but he and his family had fled. The house was empty, he added.

One of the victims told the police that she had been sold to a man named Sajan, who she said, had married her at gun point. She said there were three kidnapped women present at the house when she was sold. She requested the police to recover them too.

The other woman told police that she was sold at Khosa’s house. She said several men had raped her and that she was forced to dance naked in front of a group of men.

Balochistan Military Police commandant told The Tribune that a crack down on human traffickers had been started in the tribal belt near Punjab. He hoped that the criminals involved in women trafficking would be arrested soon. He said families contacted by the kidnappers for ransom could be great help to police in this regard. The DPO said that the Punjab inspector general had been personally following the developments in the case.