Watch it if you have absolu­tely nothin­g to do, otherw­ise just skip it.
By Saman Asif
Published: April 13, 2012
Tweet Email 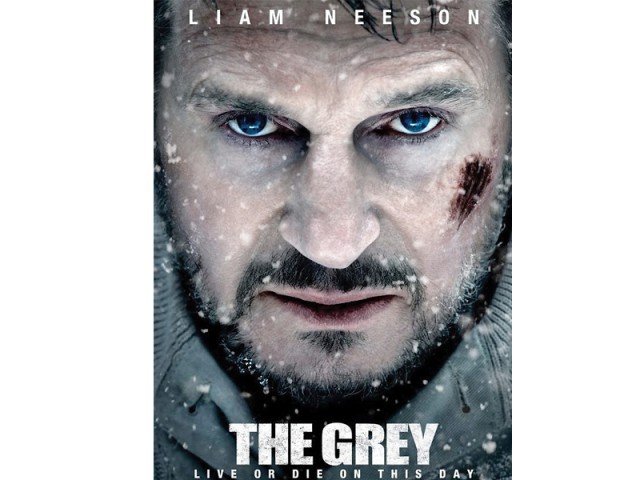 Watch it if you have absolutely nothing to do, otherwise just skip it.

Essentially, The Grey is a sheep in wolf’s clothing. What starts off as a tense and moody survival thriller quickly becomes a tedious and far-fetched movie about a carnivorous wolf pack in the Alaskan wilderness. Directed by Joe Carnahan, the film is based on the short story “Ghost Walker” by Ian MacKenzie Jeffers.

John Ottway (Liam Neeson) works in Alaska killing the wolves that threaten an oil drilling team. The story follows Ottway and a number of men who are stranded in Alaska after their plane crashes. As a pack of grey wolves stalks them, they are forced to survive using little more than their wits. It has all those “guess who dies next” scenes that movies like Deep Blue Sea or Anaconda had.

The film can be explained thus: Hero leads survivors off to hypothetical safety. Wolves drop in from time to time and devour one of them in every confrontation. That is pretty much the entire movie. While the survivors also have deep meaningful conversations about life and death, most of the time they just blindly stumble around and get killed. Also, why would the stranded survivors decide to leave the wreckage of the plane, when it at least provides shelter and supplies, and go out in the cold to get devoured by wolves? And since the wolves clearly outnumber the men, I really did not understand why they just didn’t kill them in the first confrontation.

Liam Neeson, who has slowly become the most bankable action hero in the world, is completely out of place in this film. It is as if he signed the film without even reading the script. Perhaps he trusted the director/producer duo, with whom he worked in his last film, The A-team.

The only two things that I actually liked about the film have to be the harsh, frozen setting, and the scene in which the wolves’ eyes suddenly appear, pair by pair, in the darkness in front of all the survivors. Watch it if you have absolutely nothing to do, otherwise just skip it. Oh, and if you do actually make it till the end, don’t get your hopes up as the ending is probably one of the greatest cinematic disappointments of all time.