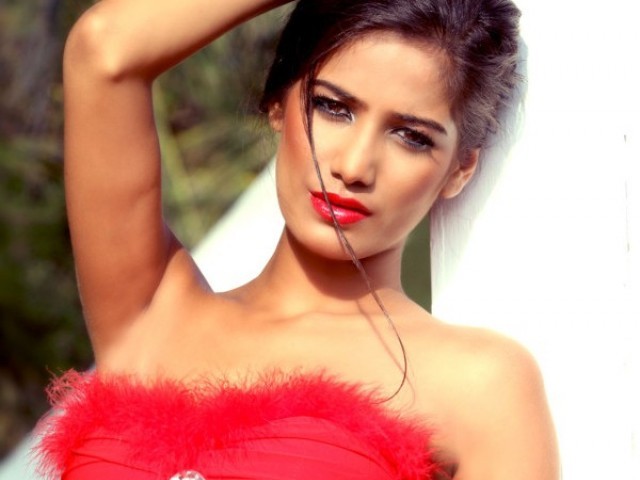 Indian model Poonam Panday who promised to strip after India’s win against Pakistan in the World Cup semi-final has once again, expressed her love for her team.

Panday, who has been active on social networking site Twitter, tweeted a ‘racy’ picture dedicated to Indian batsman Virat Kohli after he led the team to victory with 183 runs in the Asia Cup. Her message to Kohli read:

Few other tweets by Panday include:

– Very well played Kohli! massive applauds to your spirit! You done us proud today and we will always remember this special innings #indvspak

After the World Cup semi-final in Mohali last year, Panday tweeted saying that she would bare all if India wins the Cup inviting several magazines asking her for nude photoshoots. However, Panday turned down all offers saying that her offer was ‘exclusively’ for the Indian team.