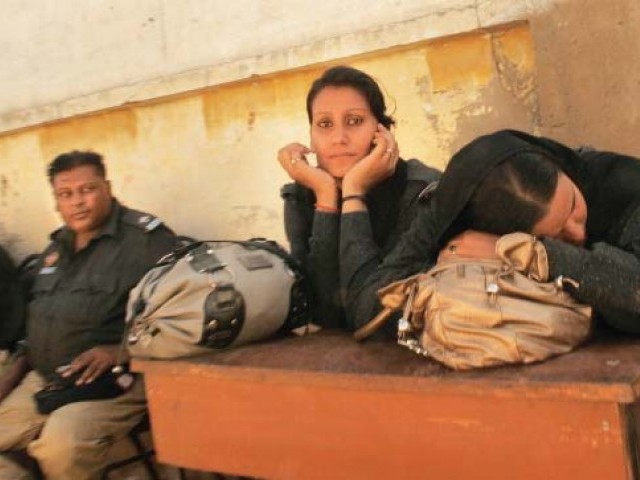 Lawmakers from Pakistan said that a bill had been passed to address the issue but it was not being implemented. PHOTO: FILE

The issue of harassment of women at work place dominated the day long proceeding of the fourth Asian Regional Conference of Commonwealth Parliamentary Association here on Wednesday.

The participants, mostly parliamentarians from the South Asian countries, agreed that in 90 per cent of cases working women in the regional countries are harassed from home to office or at their work.

But the four-hour long discussion on the issue failed to produce any concrete solutions. Neither was a joint declaration adopted nor was a resolution passed at the regional level to make a firm commitment.

During the plenary session on harassment, the lawmakers from Pakistan said that a bill had been passed to address the issue but it was not being implemented. Senator Haji Adeel of the Awami National Party said that the women living even in the cantonment areas of Peshawar city are not allowed to cast the vote in elections.

“I have suggested many times to the Election Commission to amend the rules so that the election remains unfinished until the votes cast by women reaches 25 per cent,” he said.

“We believe that harassment at work is an extension of violence in everyday life,” he said and suggested 33 per cent of women participation in any political party.

While women parliamentarians talked about their problems, male participants took the issue lightly recalling the role their wives play at home.

Noor Seher, an MPA from Khyber-Pakhtunkhwa, demanded a 10 per cent quota for women in every department.

Jan Muhammad Jamali, former deputy chairman Senate, jokingly said that women had become so empowered in Islamabad, that the prime minister of Pakistan was compelled to form a “Handpick Husband Association” for protection from enraged wives. Most of the MNAs are members of the organisation, he revealed. Referring to PPP MNA Mir Munawar Talpur (who was sitting in the front row), Jamali said that his wife (Faryal Talpur, the sister of President Zardari) was more active than her husband.

He suggested electing 33 per cent of women in a general election to bring about the change in society.

MNA Nafeesa Shah, who is also the vice-chairperson of the CPA executive committee, UK, said that 75 per cent of women working in rural areas are not given rights. She said that the suggestion being made at the regional level will be taken up during the upcoming conference.

Earlier the speakers at the conference expressed concern over the role of internal community to check the menace of terrorism and emphasised efforts on a regional level to deal with it.

During the session on terrorism, Khyber Pakhtunkhwa Assembly Speaker Kirmatullah Khan said that his province was most affected as hundreds of people had lost their lives. “Terrorism is not only affecting Pakistan, but the entire region and the whole world is threatened. It is the collective responsibility of regional countries to join hands to support Pakistan against the on-going war on terror,” he said.