Rushdie to return to India after death threats

Rushdie to return to India after death threats 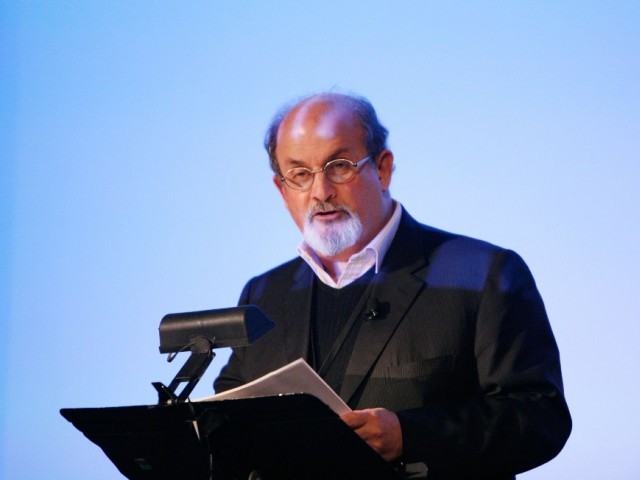 NEW DELHI: British author Salman Rushdie is to speak at a conference in India on Friday, organisers have announced, two months after death threats forced him to pull out of a literature festival in the country.

Rushdie, whose 1988 novel “The Satanic Verses” is still banned in India for allegedly blaspheming Muslims, is due to address the India Today Conclave in New Delhi on Friday afternoon, event officials said.

The author withdrew from the Jaipur Literature Festival in January after some Muslims threatened to disrupt the gathering and police told him assassins from the Mumbai underworld were plotting to kill him.

The 64-year-old writer, who was born in Mumbai, spent a decade in hiding after Iranian spiritual leader Ayatollah Ruhollah Khomeini issued a fatwa in 1989 calling for his death over “The Satanic Verses”.

According to the conference website, Rushdie’s one-hour appearance on Friday will be titled “The Liberty Verses – I am What I am and That’s All That I am”.

“I can confirm Mr Rushdie will be attending in person,” an event official told AFP on Tuesday, declining to give her name.

After Rushdie was forced to abandon his trip to Jaipur, he vented his fury against Muslim activists and the Indian politicians who had failed to stand up to them.

“I will come to India many times, as I choose, to do what I will, and I will not allow these religious gangsters and their cronies in the government to prevent me,” he said in a television interview from London.

Rushdie, who won the Booker prize for his 1981 novel “Midnight’s Children”, suggested police claims of an underworld plot may have been invented to prevent him attending the festival and to avoid antagonising Muslims.

He said he suspected the protests were connected to state elections in Uttar Pradesh, where about 18 percent of the population is Muslim. The elections have now been completed.

Muslim groups behind the campaign in Jaipur were not immediately available to comment on Rushdie’s planned appearance, but they have previously called for him to be banned from visiting India.

Pakistan cricketer-turned-politician Imran Khan, Bollywood actress Kareena Kapoor and US former diplomat Henry Kissinger are also due to speak during the two-day event at the luxury Taj Palace hotel.