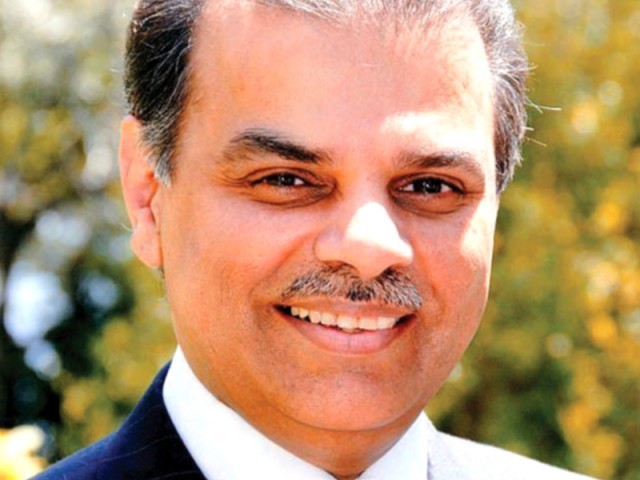 Categorically denying allegations by Mansoor Ijaz in the Memogate case, former Pakistan ambassador to the US, Husain Haqqani, said he never denied having contacts with Ijaz, but did not discuss any memo with him.

“All the allegations levelled against me by Mansoor Ijaz are baseless and there is no data to prove them,” asserted Haqqani in a reply submitted to the Judicial Commission on Monday.

Haqqani, through his counsel Sajid Tanoli, submitted a written reply and copies of his telephone bills from May to November 2011 to the commission investigating the controversial scandal.

Rebutting every point raised by Ijaz, Haqqani’s counsel claimed that the BlackBerry messages showing conversations between the self-proclaimed whistle-blower and the former ambassador were “dismissible”.

One of Haqqani’s counsels, while talking to The Express Tribune, said that the former ambassador will be flying to London on Tuesday with his legal team to testify and rebut allegations. He quoted a statement from Ijaz’s sworn testimony that the latter had admitted to conveying the memo to General James Jones without any instructions from the former ambassador.

Hence, Haqqani argued, there was nothing left in the case, and further proceedings should be scuppered.

The judicial commission probing the memo issue had directed Haqqani to submit a response on the evidence provided against him and to provide the commission copies of bills of his cellular communication, along with his BlackBerry Pin codes, in writing which he had used between March and November, 2011, by March 15.

Meanwhile in an email sent to The Express Tribune, Mansoor Ijaz said that former ambassador Husain Haqqani had ‘selective memory’.  Each and every statement in his response is indefensible, he said. “His problem and that of his attorneys is that they are now boxed into a corner from which they cannot escape.”

“Now he says he never denied having contact with me when just one month ago in his initial appearance before the Judicial Commission, he denied everything about the entire case, including having contact with me during those three days in May 2011 when he dictated the content of the memorandum to me verbally, edited the written version after accepting Gen. James L. Jones’ stipulation that the message had to be sent in writing, and then asked me to get it delivered to Admiral Mike Mullen for further action with, as he told me, his “boss’s approval”, the email said.

“Now he says the BlackBerry messages are dismissible, but so far, Mr Haqqani has yet to provide a single iota of contradicting evidence.  Neither has he provided his BlackBerry PIN Codes, or his BlackBerry handsets, or a waiver of privacy so we can put the matter to rest.” (With additional reporting by Asad Kharal in Lahore)