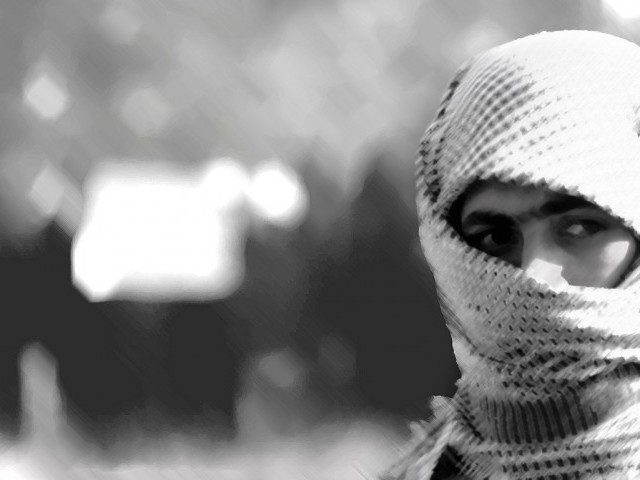 As locals migrate, volunteers are often paid or forcibly recruited.

In an effort to counter militancy in the restive tribal belt, the government has set up Aman (peace) committees across the region – most recently, tribesmen in the Safi subdivision of Mohmand Agency raised a 35-member committee for peacekeeping in the area.

The success of these committees, however, has been questionable. They were formed following a military operation in the area against militants from 2009 to 2011, and have subsequently been the target of much violence.  Dozens of committee leaders and volunteers have been killed over the last few years.

The fear created by this insecurity has started to affect public participation in these committees. Most people have already migrated from the violence-stricken areas where the committees operate, so most leaders now hire paid volunteers from areas outside Mohmand Agency.

Volunteers of the peace committees told The Express Tribune that their lives were always at risk. “Most of our leaders have been killed by militants in various parts of the country. That is why we use weapons for our safety even in settled areas,” one of the volunteers said.

When contacted, Mohammad Ali, who heads the Haleemzai committee, said that they had come under attack thrice. He added that the government was paying salaries to around 60 to 70 volunteers of the committee apart from ammunition and other funds. Ali said the peacekeeping body had been established with the consensus of the local people.

Other committees, however, are less lucky. Members of the Safi, Khwaizai and Baizai committees were unaware of the whereabouts of their leaders, who had moved to the Mohmand Agency headquarters in Ghallanai due to fear of attacks.

The problems that plague the Aman committees, however, involve internal issues and not just external threats. A local journalist said on condition of anonymity that the heads of committees in the Khwaizai and Baizai subdivisions, located close to the Pak-Afghan border, had taken on the roles of warlords in their areas. He added that in some areas, the leaders were even found collecting illegal taxes from the traders going across the border into Afghanistan.

A local source told The Express Tribune that volunteers of some committees have even been forced by leaders to shift to troubled areas where the committees were operating, from safer areas. “They are under constant criticism from people for their warlord-like behaviour,” he added.

Another side of the story

Lower Sub-Divisional Political Officer Rehan, on the other hand, told The Express Tribune that the peace Lashkars (different from the committees) in the divisions of Ambar and Prang Ghar subdivisions were performing their duties satisfactorily. He added that political authorities were facilitating volunteers by paying them salaries and providing them ammunition and other necessities. “These two Lashkars comprise local people and we are satisfied with their peacekeeping efforts,” he said.

Earlier in 2010, a large number of volunteers from the Aman Lashkars of Ambar and Prang Ghar along with their leaders were killed in a blast in the Yakaghund division.