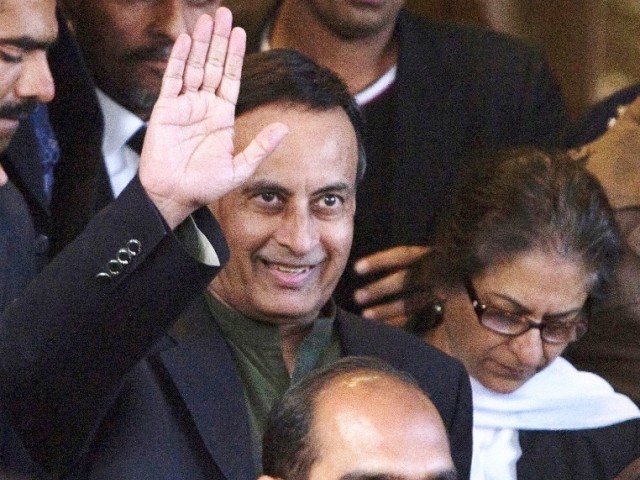 ISLAMABAD: All the allegations levelled against me by Mansoor Ijaz are baseless and there is not data to prove them, said former Pakistan Ambassador to the US Husain Haqqani in a reply submitted to the Judicial Commission on Monday.

Haqqani, through his counsel Sajid Tanoli, submitted a written reply and copies of his telephone bills from May to November 2011 to the commission investigating the “memogate” scandal.

Making known their intention to contest, and rebut every point raised by Mansoor Ijaz, Haqqani’s counsel claimed that the Blackberry messages were dismissible.

The former Ambassador added that he never denied having contacts with Ijaz,  but he never discussed any memo with him either.

One of Haqqani’s counsel while talking to The Express Tribune said that the former Ambassador’s legal team will be flying to London on Tuesday, quoted a statement from Ijaz’s sworn testimony, that the latter had admitted to conveying the memo to General James Jones without any instructions from the former Ambassador.

Hence, Haqqani argued, there was nothing more left in the case, and further proceedings should be scuppered.

The Judicial Commission probing the Memo issue on Friday directed Husain Haqqani to submit a response on the evidence provided against him and to provide the commission copies of bills of his cellular communication, along with his BlackBerry Pin codes, in writing which he had used between March and November, 2011, by March 15.
Government of Pakistan and Haqqani were also ordered to produce the copies of mobile phone bills which were used by Haqqani during the period between March 2011 and November. The Commission also directed the GoP as well as Haqqani to provide detailed information in writing of his numbers which he used in that period, ownership of handsets, names of the service provider and all cell phones.