No other party, but PML-N will bring a change in upcomi­ng electi­on,” she adds
By Our Correspondent
Published: March 12, 2012
Tweet Email 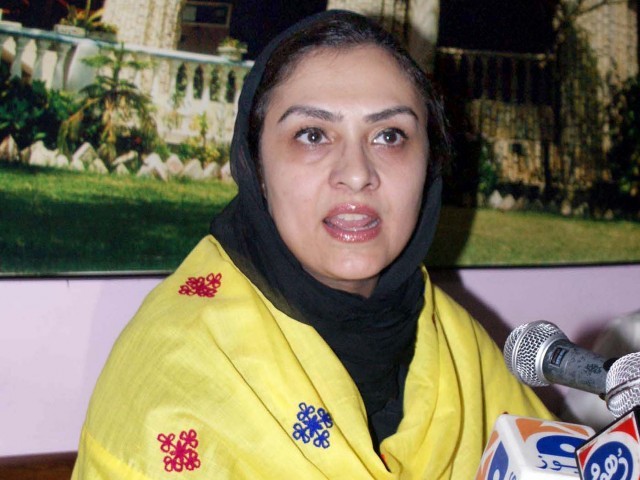 KARACHI: Marvi Memon has said that no other party, except the PML-N can bring change in the society and provide relief to common man. Speaking to media at the Karachi airport, Marvi, who has recently joined the PML-N, said that her party was contemplating bringing new faces and instead of promoting “drawing room politics” would prefer to go to the gross-root level to redress problems being faced by the people of Sindh. “We will not let the ruling party and its coalition further loot and plunder people. No other party, but PML-N will bring a change in upcoming election,” she added.