3G Spectrum: Vodafone and Qtel not interested in Pakistan market

3G Spectrum: Vodafone and Qtel not interested in Pakistan market

With no new player­s in the race, has the teleco­m bubble finall­y burst?
By Farooq Baloch
Published: March 11, 2012
Tweet Email 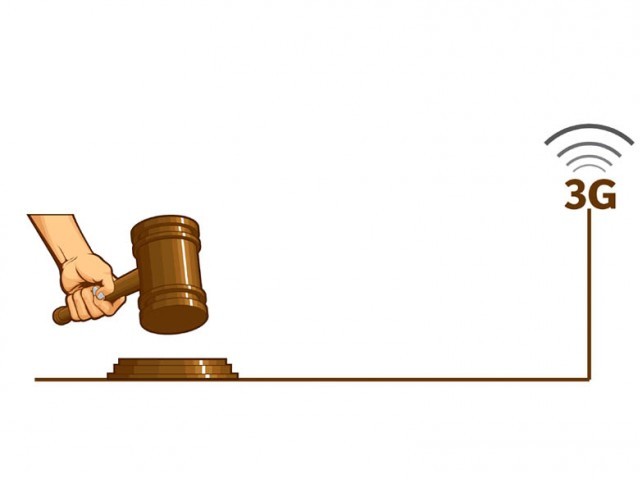 With no new players in the race, has the telecom bubble finally burst? CREATIVE COMMONS

Strong indications have emerged that international telecommunications investors, who sought more time to arrange finances for participating in the auction of 3G and Instaphone licences, are no other than parent organisations of existing players in the domestic market.

Citing the request of investors as well as difficulty in hiring a consultant, Pakistan Telecommunication Authority (PTA) postponed the auction of Instaphone licence and 3G spectrum earlier in the week.

World’s leading telecom players, which were cited in the news recently as some of the potential bidders, denied they had any interest in the auction.

“France Telecom-Orange has no intention of entering the telecoms market of Pakistan,” spokesperson Jeff Sharpe said in an email while responding to a query.

Matt Peacock, Group Communications Director of Vodafone Group Services Limited, also confirmed that the company did not have any interest in the auction. “Pakistan does not form part of our network investment plans,” he said. There were speculations that the Qatar Telecom (Qtel) Group would be among the potential bidders in the 3G auction.

Qtel already has its presence in the country for over two years and its broadband arm wi-tribe, according to a company statement, has recorded 120% growth in customer base last year. The statement also said the Qtel Group possesses significant business interests in Pakistan through wi-tribe.

According to a 2008 report posted on arabianBusiness.com, Jeremy Sell, Head of Business Development at Qtel International, said they were interested in India and looking at GSM opportunities there. Sell further said Qtel was also interested in Pakistan and Southeast Asia through its partner Singapore Technologies Telemedia.

Qtel’s interest in 3G made it to the news after wi-tribe’s CEO and other senior officials attended a 3G investor conference in Islamabad. Qtel’s PR agent, however, did not confirm if the company would bid for 3G services.

“As a policy, Qtel does not comment on market speculation,” said Edward Barnfield of Wallis Marketing Consultants, the communications agency for Qtel.

While Barnfield did not give a clear answer, a wi-tribe official, who requested anonymity, confirmed that their parent company Qtel is not interested in 3G auction at this point in time. He, however, added they have keen interest in the broadband market of the country.

Japan’s Docomo and United States’ AT&T, which were also in the news as potential bidders, did not respond to the queries sent to them. However, PTA confirmed that no official correspondence took place on part of any of these companies.

“Unless we receive an official EoI (Expression of Interest) from any of the foreign companies, we cannot confirm their participation,” PTA PR Director Muhammad Yunis said. These are speculations only, he said. Companies do their homework before sending EoI and they can send it till the last date.

PTA put off the auction a day before the deadline for submission of EoI – a strong indication that none of these companies were interested and international investors are none other than parent companies of existing players – Orascom (VimpelCom), Telenor Group, Abu Dhabi Group, Etisalat and China Mobile.

PTA postponed the auction because it did not get clearance from the cabinet to ignore competitive bidding rules for timely auction. The new deadline may not go beyond the end of current fiscal year on June 30 because the government will find it difficult to restrict its budget deficit, which will increase by 0.35 per cent or Rs75 billion, the target amount for 3G auction.