Offici­al said the attack took place in the Mandao area on the border.
By Our Correspondent
Published: March 10, 2012
Tweet Email 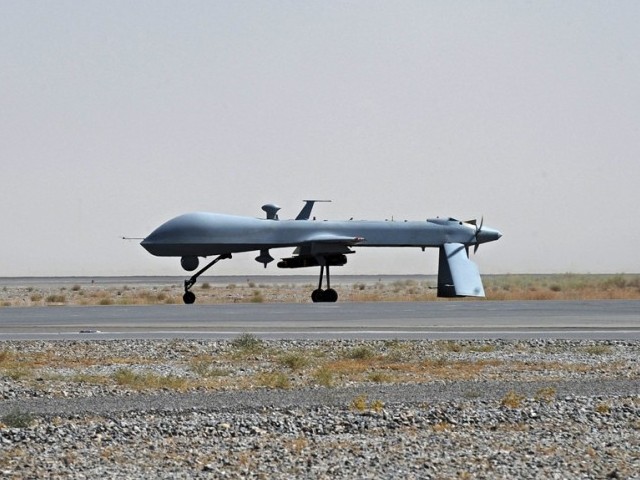 Official said the attack took place in the Mandao area on the border. PHOTO: AFP/ FILE

At least 12 militants were killed when a US drone fired three missiles on a vehicle in the Shaktoi area of South Waziristan, security officials said.

An official said the attack took place in the Mandao area on the border, between North and South Waziristan agencies. “One missile hit the vehicle, while the other two landed nearby.”

The area is a stronghold of militants belonging to Tehreek-e-Taliban Pakistan.

Tribesmen said that after the missile strike militants immediately cordoned off the area and began pulling out their colleagues from the burning wreckage.

“The bodies of militants were badly burnt in the fire and I saw some of them putting small body parts in plastic bags,” a resident told AFP, asking not to be named.

“Militants cordoned off the area and fired gunshots in the air to keep the locals away,” he added. (With additional input from AFP)