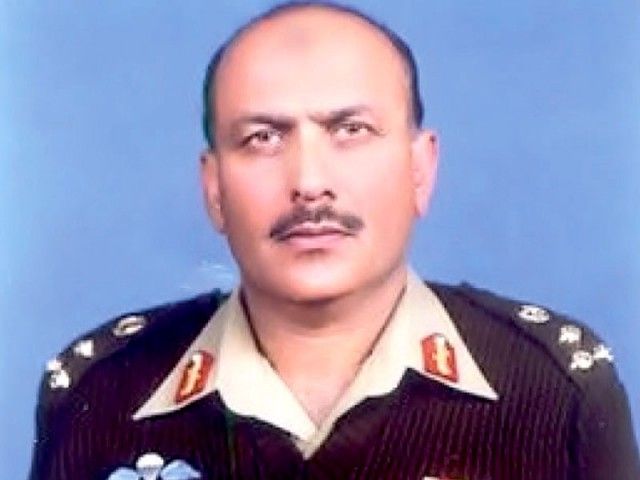 The attorney for Brigadier (retd) Ali Khan – who is accused of conspiring to overthrow the government and mount an attack on the army headquarters – said on Wednesday that he did not trust Justice Rauf Ahmed Sheikh who has already disclosed his mind in favour of the military authorities.

Advocate Colonel (retd) Inamur Raheem urged Justice Sheikh to not hear the petition of Brig Ali who has challenged court martial proceedings against him. He alleged that the judge, in another case, had decided in favour of the army, saying the high court could not overturn the orders of the army chief.

Justice Sheikh then referred the petition to the senior-most judge of the Rawalpindi bench of the Lahore High Court (LHC). He, however, remarked that he had never made any observation about any decisions of military authorities.

Talking to The Express Tribune, Advocate Raheem said that Justice Sheikh had dismissed on February 16 five petitions filed by convicts in the 2009 GHQ attack case, saying that the high court could not do anything after the army chief declined to provide certain documents.

Brig Ali is accused of having links with Hizb-ut-Tahrir (HuT) and planning an attack on the GHQ with the help of some civilians and a PAF pilot.

Giving reasons against his court martial Brig Ali, in his petition, has said that he is being maligned because he had asked the military brass to fix responsibility for the May 2 raid by US special forces in Abbottabad that killed al Qaeda chief Osama bin Laden.

“It was on May 5 that I urged the military’s highest hierarchy to fix responsibility for the US attack. I suggested the army leadership surrender their perks and privileges to get self-reliance. After the conference I was arrested and kept in solitary confinement,” the petitioner said.

After Brig Ali’s arrest the military issued a press release saying that he had been arrested for having links with HuT. The petitioner said that army investigators later charged him with planning to neutralise the top military and civil leadership to establish caliphate in the country and to carry out an air attack using F-16 fighter jets on the GHQ. He denied the charge.