The victim, Maqsoo­d Ahmad, was a reside­nt of Rabwah in Punjab.
By Our Correspondent
Published: March 8, 2012
Tweet Email 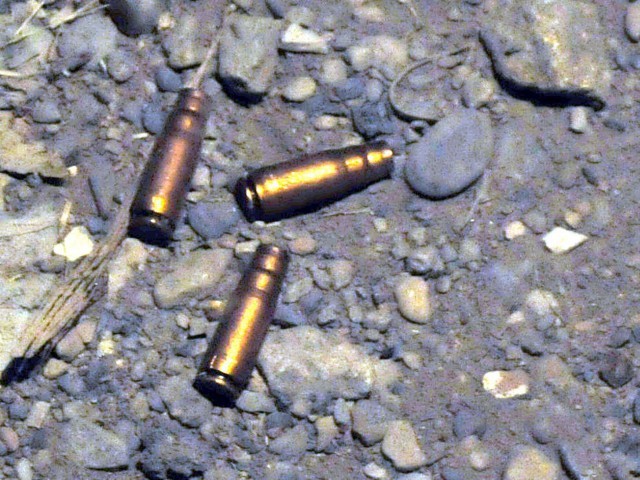 The victim, Maqsood Ahmad, was a resident of Rabwah in Punjab, where the Ahmadiyya Jamaat is based. PHOTO: MOHAMMAD SAQIB/FILE

A week after an Ahmadi man was shot dead in Moni Bazaar of Shaheed Benazirabad, another was killed on Wednesday.

The victim, Maqsood Ahmad, was a resident of Rabwah in Punjab, where the Ahmadiyya Jamaat is based.

According to a Karachi representative of the Jamaat, Ahmad often travelled from Rabwah to Nawabshah and Karachi to sell and distribute homeopathic medicines and would stay in the city for one or two months at a stretch.

He had rented a place in the city.

Initial accounts collected by the Jamaat stated that Ahmad was shot dead in a marketplace by two motorcyclists.

A Section SHO insisted that the murder took place because of a personal enmity. However, he said that a case had not been registered yet.

On February 29, 80-year-old Chaudhry Akram was shot dead when he was with his grandson, who was injured.

There have been several episodes of targeted attacks against members of the community in Nawabshah and in 2011, a prominent Ahmadi lawyer Malik Mabroor Ahmad was killed outside his office.

Teachers, parents and students should get to know each other as people first, say educationists