The reserv­oir has reache­d its dead level of 1,378 feet.
By Our Correspondent
Published: March 8, 2012
Tweet Email 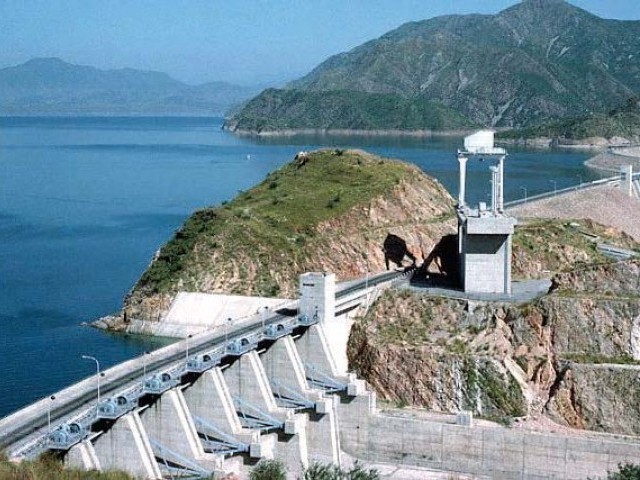 Power generation at Tarbela, Chashma and Ghazi Barotha could fall by 50% if water dropped to dead level in Tarbela Dam. PHOTO: FILE

The water supplied for irrigation from Tarbela Dam will be cut as the reservoir touched the “dead level” on Wednesday, official sources told The Express Tribune.

The reduced discharge of water from the dam would also affect power generation, aggravating the energy crisis in the country. The reservoir has reached its dead level of 1,378 feet,” said an official source.

A decrease in outflow will severely impact kharif crops to be planted in the upcoming season, while rabi crops due to be harvested by the end of this month will not be affected .

Due to the prolonged winter season and heavy snowfall in the catchment areas of Indus River, the inflow of water has been decreasing for the last three months.

The inflow was continuously exceeded by the water supplied for irrigation on the Indus River System Authority’s (IRSA) recommendation.

There have also been losses and diversions for electricity generation amounting to 1.5 million acre feet of water in this season.

In reply to a question, sources said the ratio of outflow is fixed by IRSA in accordance with the needs of farmers downstream.

“We will be operating the tunnels on run-of-river from tomorrow,” said an official requesting not to be named.

According to the data recorded on Wednesday, the inflow in the country’s biggest reservoir was recorded as 20,100 cusecs and outflow at 38,000 cusecs.

The reduced water level in the dam has forced officials to operate eight units generating only 650 megawatts (MW) of electricity.

There are 14 power generating units with the capacity to generate 3,478 MW at Tarbela Dam.

International Women’s Day: The war for women’s development in K-P and FATA