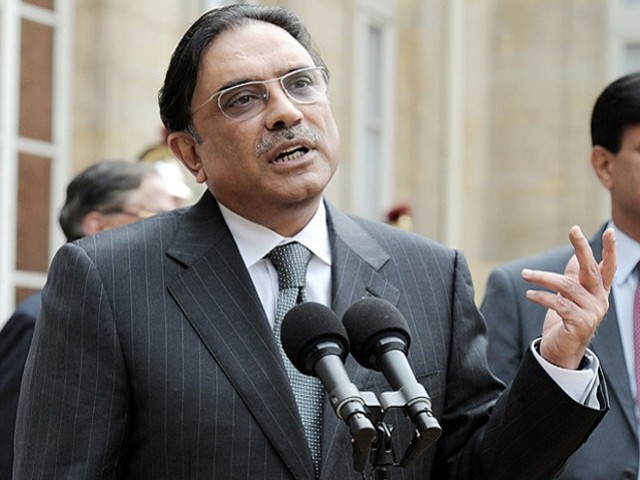 CHARSADDA: Opposition leaders on Wednesday piled pressure on President Asif Ali Zardari to cut short a foreign tour and deal with the aftermath of the worst floods in living memory.

Nawaz Sharif, head of Pakistan Muslim League-Nawaz (PML-N), spoke to reporters in Charsadda, one of the northwest areas worst hit by devastating floods that have affected 3.2 million people and killed an estimated 1,500.

The British prime minister claimed last week that Pakistan promoted the “export of terror,” sparking a diplomatic row with London and Zardari has said he will use a meeting with Cameron to explain the anger “face to face”.

Sharif also criticised the government over its response to the crisis, echoing growing anger from many of the destitute survivors whose homes and livelihoods have been washed away.

“The government has failed to perform its duty in the crisis. They should have used all their resources to help the flood victims,” he said.

Zardari’s visit to Europe was labelled a “joy ride” by one flood survivor, and a number of British lawmakers of Pakistani origin have pulled out of a planned lunch with Zardari on Thursday.

Officials have sought to defend the cost of Zardari’s trip, issuing a statement insisting he was staying in the “cheapest five-star hotel in London” and was avoiding the royal suite in favour of a “relatively cheaper” one.

Some British parliamentarians of Pakistani origin pulled out of a planned lunch on Thursday with Zardari, saying he should be back home tackling the flood disaster.

“I’m not going to meet with the president because I believe that a head of state needs to be in his country of origin when there’s a state of emergency,” Lord Nazir Ahmed told a news agency. “He’s out of touch and his advisers are ill-informed.”

“Quite frankly, staying in five-star hotels with his huge entourage, tens of big cars that have been hired just to give him this protocol in London, it’s quite outrageous,” he added.

There was an angry reception on Tuesday for Zardari when he arrived at his hotel in London’s West End, where a crowd of protesters criticised his decision to take the trip during the devastating floods.

“Thousands of people are dying because of the flooding in Pakistan and millions of people are homeless,” said Kashif Haroon, protesting on behalf of the Pakistani opposition politician and ex-cricketer, Imran Khan.

“We need each penny to help those people; while Zardari is spending millions of taxpayers’ money enjoying a lavish life and spending money on holidays… he should be helping the people.”

Zardari is under growing pressure to go back to Pakistan and lead the country’s response to devastating floods in northwest and central Pakistan which have killed up to 1,500 people affected over three million.

Chairman Pakistan Tehrik-e-Insaf (PTI) Imran Khan said Zardari should be in Pakistan following the disaster. “Any talks can be postponed – surely the priority should be your own people,” he said in an interview. “And then to go on this lavish tour – this money could be used on the victims. Remember Pakistan is bankrupt right now so the government doesn’t have enough money, so he should be mobilising people to help these victims of the floods,” he added.