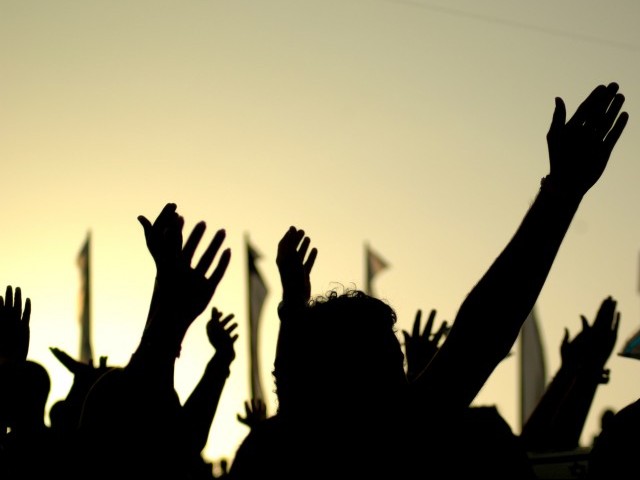 Scores of third year medical students on Friday blocked the Jail Road to protest what they describe as unfairly strict marking in the MBBS exam, turning early afternoon into a nightmare for commuters.

Scores of third year medical students on Friday blocked the Jail Road to protest what they describe as unfairly strict marking in the MBBS exam, turning early afternoon into a nightmare for commuters.

The exams are administered by the University of Health Sciences. The students dispersed following an assurance from the Health Department that the matter will be “looked into”.

About 80 students staged the sit-in – that started around 11am – in front of Services Hospital, shutting off one of the main arteries of the city for almost three hours. As a result the roads adjacent to Jail Road were choked up. At least three ambulances also got stuck in the jam for more than half an hour.

Protests are banned on the Jail Road under orders issued by the District Coordination Officer.

“We have been protesting for two weeks and the government hasn’t listened to us,” said a protester Naeem. For him staging a sit-in was the only way to make the government take notice. He said that harsh marking was the reason why less than 50 per cent students had passed the third year exams. He also claimed that several questions in the Forensic Medicine and Pharmacology paper were out of the syllabus.

A fraction of the protesters were students who had passed the exam but came to support their friends. Talal Nasir, one such Nishtar Medical College, Multan, student, told The Express Tribune that it was clear that there was “a problem in the marking” as so many students had flunked.

He denied that the protesters had blocked the passage of ambulances, saying, “We cleared the way for [them]”.

Nasir said that the students wanted an acknowledgement by the Health Department in writing that a committee would be formed to look into the matter. “They have told us a notification to the effect will be issued on Monday,” he said.

A UHS spokesperson said that the students had been told repeatedly that a committee – comprising principals of all public medical colleges – was looking into the matter. He said the students were “taking the law into their hands” and causing problems for people by blocking roads. He, however, ruled out any “relaxation” because of the students’ “pressure tactics”. “The university will not compromise on education standards. He told the students to focus on their studies if they wanted to pass “rather than pressuring the university”.

Medical students in Multan, disgruntled at the lack of response from authorities, announced that they will intensify their protests against the University of Health Sciences.

They claimed that they had been assured that the results will be cancelled and papers marked afresh, but this had not been done.

“A similar incident happened with fourth-year medical students when we were in our first year,” said Wajahat Saleem, a student of Nishtar Medical College. “The UHS constituted a committee, following protests, but it only wasted time and in the end, upheld the results. The students were unable even to appear for supplementary examinations.”

Our objective is not to create problems, Saleem said, but to ensure that a “fair decision” is made.Nayab Faheem, another student, said that since some of the questions in exams required knowledge of texts not taught at their college, students should be given grace marks.

Some of the students demanded that the UHS should “not waste” students’ time. They said that if the results weren’t going to be revised they should be told so that they could prepare for supplementary examinations. If the decision comes late, they will have to repeat the year.

With additional reporting by Owais Jafri in Multan.