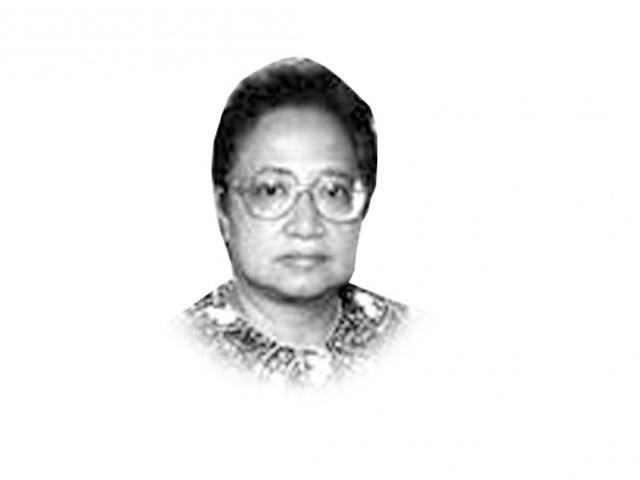 The writer is a former journalist and currently director of The Green Economic Initiative at Shirkat Gah, a rights and advocacy group najma.sadeque@tribune.com.pk

To the rest of the world, Abu Ghraib is associated with inhuman torture, incarceration without trial and arrogant US unilateralism. To the farmers of Iraq, Abu Ghraib was better known for the national seed gene bank, started in the early 70s. In fact, Iraq’s most well-known wheat variety is known as ‘Abu Ghraib’. The country precious heritage is now all but lost.

Facing the same unsolicited adversary, Syria is under a similar threat. The Centre for Agricultural Research in Dry Areas (ICARDA) is situated there and still holds remaining samples of Iraq’s threatened seeds. It is worrying because the planned destruction of Iraq’s agriculture is not widely known. Modern Iraq is part of the ‘fertile crescent’ of Mesopotamia where man first domesticated wheat between 8,000 and 13,000 years ago, and home to several thousand varieties of local wheat. As soon as the US took over Iraq, it became clear its interests were not limited to oil. In 2004, Paul Bremer, the then military head of the Provisional Authority imposed as many as a hundred laws which made short work of Iraq’s sovereignty.

The most crippling for the people and the economy of Iraq was Order 81 which deals, among other things, with plant varieties and patents. The goal was brutally clear-cut and sweeping — to wipe out Iraq’s traditional, sustainable agriculture and replace it with oil-chemical-genetically-modified-seed-based industrial agriculture.

There was no public or parliamentary debate for the conquered people who never sought war. The conquerors made unilateral changes in Iraq’s 1970 patent law: henceforth, plant forms could be patented — which was never allowed before — while genetically-modified organisms were to be introduced. Farmers were strictly banned from saving their own seeds: this, in a country where, according to the Food and Agriculture Organisation, 97 per cent of Iraqi farmers planted only their own saved seeds.

With a single stroke of the pen, Iraq’s agriculture was axed, while Order 81 facilitated the introduction and domination of imported, high-priced corporate seeds, mainly from the US — which neither reproduce, nor give yields without their prescribed chemical fertiliser and pesticide inputs. It meant that the majority of farmers who had never spent money on seed and inputs that came free from nature, would henceforth have to heavily invest in corporate inputs and equipment — or go into debt to obtain them, or accept lowered profits, or give up farming altogether.

The US has now completely revamped Iraq’s agriculture, uninvited and against the will of local farmers. It’s not for nothing international researchers have termed the deliberate annihilation of Iraqi agriculture the ‘ultimate war crime’.

It was in the early seventies that Henry Kissinger devised the chilling plan to control countries by replacing their self-sufficiency with food and seed dependency. A cartel controlled by the leading financial families of Britain, US, Holland and Australia, began to buy up all the world’s major sources of food and seed. The six leading grain companies — Cargill, Continental, Louis Dreyfus, Bunge and Born, Andre, and Archer Daniel Midlands/Topfer — completely dominate the world’s grain and cereals supplies. They include wheat, corn, oats, barley, sorghum and rye; also a strong grip on meat and dairy, fruits and vegetables, edible oils and fats, spices and sugar.

It was something that agricultural countries already arm-twisted by World Bank/IMF conditions, should have worried about. But most governments were ignorant or indifferent to ecology and biodiversity to realise how survival was being threatened. Alarmed by the inexorable onslaught of the agro-chemical multinationals, Indian activist Vandana Shiva began creating indigenous seed banks in 1987 and challenging seed patents, monopolies and genetically-modified seeds — so far she has created 60 such seed banks in India. So have many other groups in India.

Similarly, Nayakrishi in Bangladesh is rediscovering food plants that were thought lost forever. In the fore is Via Campesina, the global, million-strong peasant movement for land, seed and food sovereignty, particularly in the Latin American countries. Only a few small, scattered efforts exist in Pakistan. And even though farmers have demonstrated over and over again that biodiverse ecological agriculture produces more and healthier food per acre than monocultures, tens of times more cheaply, concentrated wealth and power continues to move the food and seed system out of the hands of peasants and villages and into the hands of a few corporations.

Monoculture — the planting of a single crop variety over thousands or millions of acres — has been systematically eliminating biodiversity all over the world, without many plants ever being documented. Despite the assault on them, there are still over 200,000 varieties of wheat left in the world today, thanks only to the world’s unheralded small farmers and movements. But it’s hard to tell for how long, since these and other plants varieties are being constantly wiped out by industrial agriculture. Mexico, the historical cradle of corn, has already had its maize varieties decimated during the development and implementation of the dubious ‘Green Revolution’ by US interests. Eighty per cent of Mexico’s corn varieties have been lost since the early 20th century.

Almost throughout Pakistan’s history, uninformed or indifferent governments coupled with feudal domination of farmlands have maintained the newly-entrenched system of dependant agriculture. But the final threat to our indigenous seeds came a decade ago, in the form of a globally-discredited chemical-turned-seed corporation that was given virtually open house to take over Pakistan’s agriculture, even sitting in as unofficial adviser in ministry meetings.

The Punjab provincial government’s recent rejection of Monsanto was not for ecological reasons and the dangers that genetically-engineered seeds posed for human health, livelihoods and agriculture at large, but because the terms were too steep — which still gives Monsanto a chance to renegotiate itself back into the fold.

The blind adoption of unproven or failing agricultural technologies on the unproven grounds that American scientists can always improve on nature, could leave Pakistan as devastated as Iraq without even needing an Order 81.