Victims of terrorism: Pouring salt on wounds that should have been closed years ago

Victims of terrorism: Pouring salt on wounds that should have been closed years ago 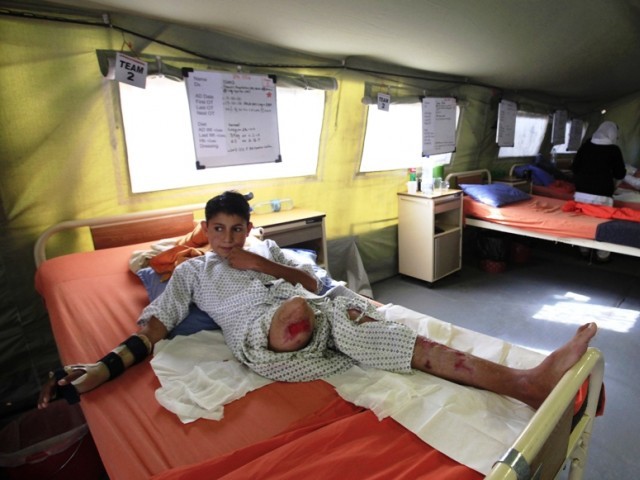 Victims of at least 15 incidents of violence are still awaiting compensation, despite the government’s claims to the contrary.

Scores of law enforcement agency officials and civilians lost their lives or sustained injuries but victims of only six cases have received compensation so far, said a recent report of the Institute of Social and Policy Sciences.

The report stated that no standard process for awarding compensation exists in the Islamabad Capital Territory and the compensation is determined on case-to-case basis due to lack of clear policy.

However, the analysis of data indicates the victims belonging to politically-advantaged groups are likely to get compensation earlier.

“In the case of Shakrial incident (December 2009), the victims received compensation in 63 days while the victims of earlier blasts such as FC check post (April 2009), Rescue 15 (June 2009) and World Food Programme (October 2009) have yet to receive any compensation,” said the report.

Other incidents where the victims are yet to receive compensation are the Aabpara market blast in 2008 that killed 21 people, Marriot Hotel blast in 2007 that killed two security guards, International Islamic University twin blasts in 2009 that killed at least eight students and the Naval Headquarters blast in 2009 where two security personnel lost their lives.

Each injured person is eligible to get Rs100,000 while the families of those who died can each receive Rs400,000, according to the latest official notification.

The report also discovered that civilian victims of crossfire and target killings were not covered for compensation by the government in Islamabad.

“A cab driver who was caught in crossfire during the Lal Masjid operation in Islamabad in 2007 has failed to get any monetary support from the government,” the report found.

There is also no dedicated budget line for the compensation grant in Islamabad and Gilgit-Baltistan. This not only contributes to long delays in payment of compensation, but also creates serious obstacles in tracking the payments and has implications for the transparency of the system.

“There is no forum or process to appeal for civilian victims and their families for the redress of grievances faced by them in accessing the notified compensation,” said the report.

The victims and their families, thus, are unable to challenge errors in the process of identification, verification, evaluation of injury, determination of compensation and delays in award of compensation.