Offica­ls are uncert­ain what exactl­y contri­buted to the crash. US denies it was shot down.
By Iftikhar Firdous / Reuters / Huma Imtiaz
Published: February 25, 2012
Tweet Email 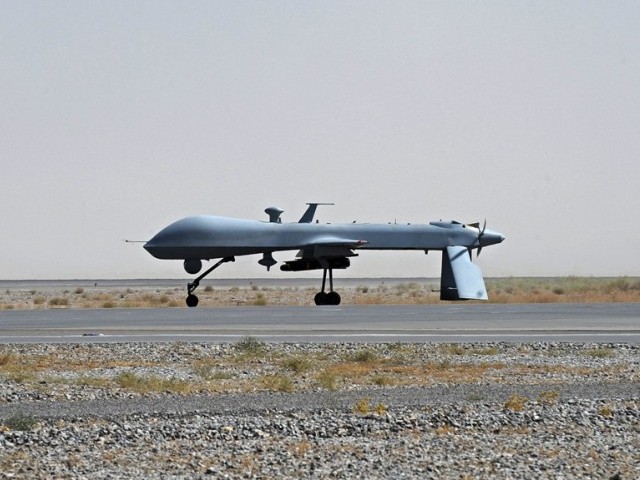 PESHAWAR / WASHINGTON: An unmanned US aircraft crashed in the Machikhel area of North Waziristan, officials said on Saturday.

The unmanned US drone crashed and fell in the Machikhel area of Mira Ali Tehsil, North Wazirstan due to what officials believe was a “technical failure”, though they could not offer a reason with complete authority.

“A drone aircraft was seen going down in Machikhel and flames were seen,” an intelligence official said.

However, locals told The Express Tribune that after the drone crashed, its debris caught fire.

It was still unclear what type of a drone it was.

The Express Tribune is presently trying to acquire more details on the crash.

Taliban militants led by Hafiz Gul Bahadur said they had collected wreckage of the destroyed drone and would provide its pictures to the media on Sunday.

“The drone today in Machikhel was flying at low altitude and our fighters fired at and shot it down,” a local commander of the Taliban said. “We have trained people for such type of job.”

It is impossible to verify the militants’ account, security officials said.

US denies drone was shot down

A US official, on condition of anonymity, has told The Express Tribune that reports of a drone being shot down in North Waziristan are untrue.