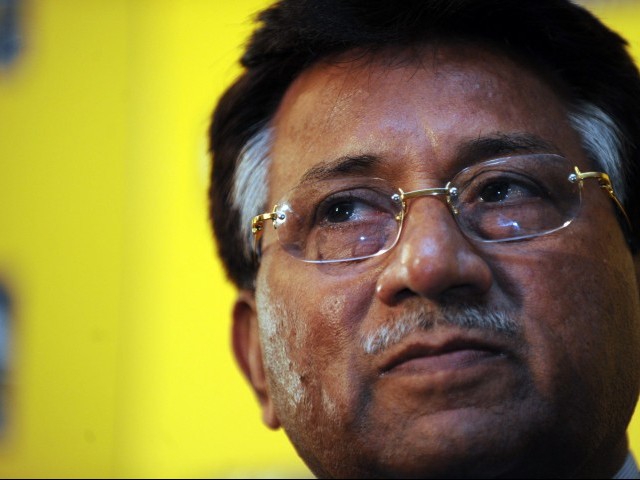 The fact that no departmental or judicial inquiry was ordered by any government post Benazir’s assassination makes it “clearly evident that conspirators had assurances and support of the then-president [Musharraf],” the report concludes. PHOTO: AFP/FILE

Former president Pervez Musharraf was not only aware of Benazir Bhutto’s assassination plan, he ‘aided and abetted’ the terrorists who carried it out, says a joint investigation report made public on Tuesday by Interior Minister Rehman Malik.

The report concludes, on the basis of ‘overwhelming circumstantial evidence,’ that Musharraf would have been the main beneficiary from the elimination of Benazir and her party’s failure during the 2008 elections, without her leadership.

“Thus an insecure environment was intentionally created to ensure elimination of Benazir Bhutto by terrorists,” it adds.

“Aziz deliberately avoided conducting the post mortem, in an attempt to obstruct and impede investigation,” according to the report, which adds that it found Aziz’s statement to the joint investigation team whereby he “tried to shift this legal responsibility … implausible and untenable.”

The “already-established security breach and destruction of evidence on the day of assassination … is not accidental criminal negligence,” the report says.

The report finds Aziz to have “manipulated, under clandestine circumstances” his posting to a junior assignment in September 2007 – from regional police officer Gujranwala to city police officer Rawalpindi.

This is “indicative of his involvement in the conspiracy of Benazir’s assassination,” the report says.

Despite his “criminal security failure, accused Aziz was kept posted in Rawalpindi till April 2008 in order to cover up his own misdeeds and to mislead and impede investigations,” the report asserts.

The fact that no departmental or judicial inquiry was ordered by any government post Benazir’s assassination makes it “clearly evident that conspirators had assurances and support of the then-president [Musharraf],” the report concludes.

The report establishes, through officials’ statements, that Musharraf was responsible for the ‘premature’ press conference by the then-Director General (DG) of the National Crisis Management Cell Brigadier Javed Iqbal Cheema, 24 hours after the incident.

Cheema, in his statement to the investigation team, said he held the press conference on investigation of the case under Musharraf’s explicit orders.

“It shows that as president, [Musharraf] was the single source of authority in the country,” the report states.

The ‘hasty’ press conference was ordered by Musharraf at a meeting at the President’s Camp Office in Rawalpindi, according to former DG Intelligence Bureau Ejaz Shah in his statement to the investigation team. The motive: influence the police investigation, the report says.

The then-prime minister, Punjab chief minister and the provincial police had not been consulted prior to the press conference, the report adds.

It is also evident from this pre-investigation press conference that Musharraf had prior knowledge of Benazir’s assassination by Mehsud and withheld this vital information, the report concludes.

The attack had been planned in Akora Khattak by former students of Madrassa Darul Uloom Haqqania, and one of the prime suspects in the case informed investigators that Benazir had been targeted due to her stance over the Lal Masjid Operation, the report says.

An Inter-Services Intelligence agency (ISI) official confirmed to the investigators that he had recorded a telephonic conversation in which Mehsud had issued instructions to some of the arrested terrorists to assassinate Benazir.

The ISI, however, had refused to appear before the court, saying that the evidence regarding the telephonic conversation had been prepared by the Intelligence Bureau.

According to phone records, Saeed alias Bilal, Nadir alias Qari Ismael and Akramullah reached Rawalpindi on December 26, 2007, at about 9 pm. They were picked up by accused Rafaqat and Hasnain and taken to the former’s house in Quaid-e-Azam Colony at midnight, the report says.

The terrorists visited Liaquat Bagh the next day, and the planned route of Benazir’s convoy. They returned to Hasnain’s house in Shah Jayyona Colony and obtained suicide jackets and weapons, the report adds.

A special FIA team visited Darul Uloom Haqqania in Akora Khattak in May 2010, and was confirmed by the seminary in-charge that some of the accused, including Nadir, were former students of that madrassa, the report adds.

The report alleges that Inspector Kashif Riaz, who was the then-station house officer of City Police Station Rawalpindi, “intentionally” did not complete the autopsies of 24 people who were killed in the incident along with Benazir.

The report further alleges that SP Ashfaq Ahmed, who had been deputed at Liaquat Bagh on security duty that day, went on a highway patrol with other police personnel instead, and tampered with the case records later.

It also alleges that SSP Khurram Ishtiaq attempted to destroy the circumstantial evidence when he ordered the police to hose down the crime scene.