Doctor­s say the most effect­ive way to help incest victim­s is therap­y, but seldom does a family agree to it.
By Rabia Mehmood
Published: February 15, 2012
Tweet Email 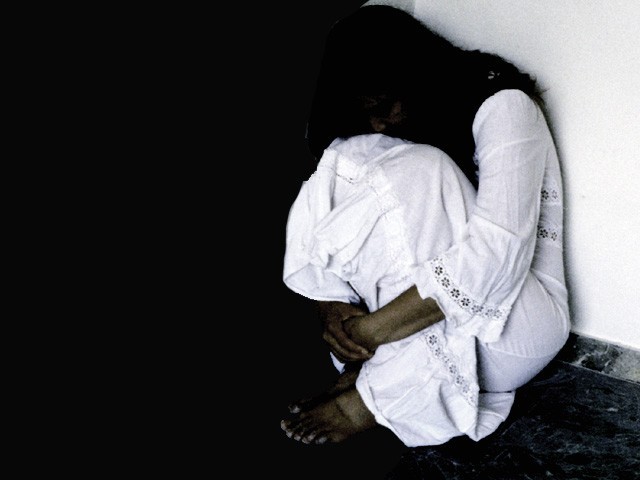 Doctors say most effective way to help incest victims is by therapy, but seldom does a family agree to it.

LAHORE: “Jameela*, why is your daughter lost in thoughts all the time? She looks tense and upset, as if she is at another place.”

This is a recurring question that Jameela, a domestic worker, is asked by the employer of her 15-year-old daughter, who also works as a domestic helper in Lahore’s posh neighbourhood. But Jameela has to lie every time, “Baji, she is a teenager. Like other girls at this age, she is preoccupied or is probably just lazy.”

Jameela has been lying for a year now, because she needs Sana* to help make their family of seven meet ends. She cannot disclose to Sana’s employers the truth behind the girl’s upset demeanour and bring up the courage to tell them that two years back, Sana was raped by her own father.

In 2009, Safdar, a daily wager, was at his home in Ichra, when then 13-year-old Sana returned from work. And while Jameela was still at work, Safdar called his daughter in his room and raped her.

Sana’s lawyer Sabiha Ali Chughtai says the investigation records state Sana’s then nine-year-old sister is the only witness of the brutality. Jameela could only afford to let her little girl grieve for a few months. Eventually, Sana was sent to serve a family for Rs3,000 a month as a live-in maid.

On every phone call from the new employer’s residence, Sana tells her mother, “Ammi, I keep feeling that someone watches me all the time, I feel like he will appear out of the darkness and grab me.” Jameela tells her daughter to ignore the thoughts, which the latter terms as “bad thoughts”.

Sana shows symptoms of Post-Traumatic Stress Disorder (PTSD), says psychologist Dr Maliha Latif who has been treating victims of rape and incest for 18 years now. Dr Latif says the number of cases of incest coming to her over the last 5-7 years have increased significantly, and are either from the working classes or the elite ones.

Crying spells, nightmares, flashbacks are suffered by victims of incest. Dr Latif says this is also a matter which cannot be resolved without help. Further complications keep showing in the victim’s life, the trauma never disappears. She says, the most effective way to help heal wounds of sexual violence is therapy, for which most family members are usually not convinced.

Lawyer Chughtai remarks that two years on, Jameela’s case is still pending in the court due to strikes, holidays and also because it is ‘weak’. She says that Jameela had taken clothes which Sana was wearing at time of the rape to the police, but the police did not take the forensic evidence and said they will wait for the judge’s orders, which she terms malafide.

After the rape, Sana was abducted within the first two days by her father’s family. They wanted Jameela to forgive Safdar. However, once he admitted to the crime in police custody, Sana was released.

But by that time, the time for the medico legal test had passed.

Had the police acted efficiently and taken Sana’s clothes from Jameela, the possibility of proving the rape case would have been there.

Chughtai thinks that the police station of Wahdat Road “probably took bribe from Safdar’s family”. She expressed hopelessly, “Rape will not be proved, I’m afraid. Safdar will be out soon.”

The procedure of investigation by the police is a key problem area identified in the report “Incest Victims in Pakistan, A Struggle For Justice” by War Against Rape (WAR), Equality Now and Nasreen Welfare Legal Aid Trust. Police are the victim’s first contact with the legal system, and that contact forms the foundation for the case. However, from the registering of an FIR to the gathering of information to the arrest of the perpetrator and following the case in court, police are either desensitised or disinterested in the cases of incest.

Bribing of the police by the perpetrator is another major hurdle. Jameela says she paid Rs25,000 to the police officers for the DNA test of her husband which never took place. The actual cost for getting a DNA test done is Rs12,000.

The WAR report also indicates that even if the cases do reach the medico legal officers, the female doctors stigmatise the victim more as they are not trained well.

Sidra Humayun of War Against Rape says that insensitivity and judgment are faced by victims of rape at every step of the way, once the case is reported. But in cases of incest, the degree of insensitivity is reinforced. Medico legal officers (MLO), police officials and even prosecutors keep doubting the victims’ version of the story, and think that close relations can’t commit such heinous crimes. “Society’s myths are a huge hurdle.”

Humayun says MLOs and WMLOs (Woman Medico Legal Officer) are untrained. “The gathering of forensic evidence and the chemical examination of lab specimens should be completed on time, but it does not,” Humayun laments.

Dr Saeed Malik, Associate Professor of Forensic Medicine at Mayo Hospital says, “Honestly, in my view, nobody is interested in delivering justice to the sexual violence victims here. If anyone was interested in speedy justice, the procedures will be quickened, from police investigation to the chemical analysis.”

He adds that Punjab forensic laboratory has passed the due date of its working, and when the office of chief chemical analyst is asked about delays in the reports for rapes, they say they have the load of the entire province. Malik concludes that if “investigative agencies will consider everyone human, then proving the rape cases will become easier”.

Victims of incest, as per findings of WAR and UN are mostly minor girls, and the traumatised survivors are exposed to harsh police investigation methods, court environments and hospitals. The number of reported incest cases remains low, because of the stigma attached with family members’ involvement.

The data is acquired from news reports, which are reported only after FIRs are registered with the police. The WAR report recommends a major overhaul in the approach toward gender based sexual violence in Pakistan.

Based on a study of 10 cases of incest in Punjab, the report recommends separate court rooms, in-camera sessions and mandatory training of police, prosecutors and MLOs as initial steps toward helping incest victims access justice.

Belief in justice, however, is something which Jameela says she has lost, “There is no such thing as justice here, it’s all hearsay”. And somewhere in Lahore, her daughter Sana carries her trauma and it is unlikely that she will get help.

*Names have been changed to protect the identities

Correction: An earlier version of this article incorrectly put WAR as War against Report. This is incorrect, the organisation is War against Rape. The error is regretted.