Minimum wage: yet another failed act?

Minimum wage: yet another failed act?

Mohamm­ad Asif’s life is typica­l of those at the bottom of the income pyrami­d.
By Farhan Zaheer
Published: August 2, 2010
Tweet Email 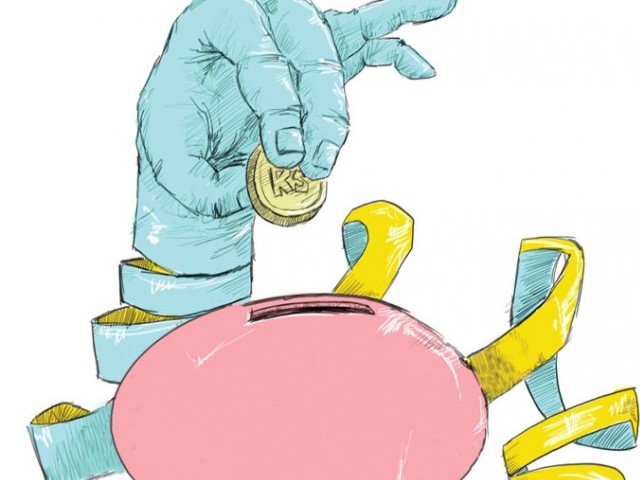 Mixed responses over enforceability of the increase in minimum wages

KARACHI: Mohammad Asif’s life is typical of those at the bottom of the income pyramid. Employed at a major manufacturing concern, he earns only Rs5,500 after a month of strenuous labour.

Asif is among the thousands who spend the entire day at industrial units across the city in order to earn a living. “More than 1,600 people work in our factory but most of them are paid less than Rs5,500 a month, even after putting in 10 hours of work every day,” laments Asif.

Rashid embroiders clothes and has been hired by a renowned designer to weave intricate patterns onto delicate chiffon and silk. The job is tedious and exhausting.

He is given a sum of Rs6,000 for his efforts. His eyes are failing and he is afraid that he will soon lose his talent. He barely gets some time for his family after working 10 hours a day and often more if his employer secures a wedding order.

On May 1 this year, the government announced an increase in minimum wages from Rs6,000 to Rs7,000 per month to help citizens meet their very basic needs.

However, the question of whether the government will be able to enforce the new rate has received a mix of responses from different quarters.

“My experience shows that about 80 per cent of the industries do not meet the minimum wage criterion,” said Karamat Ali, executive director of the Pakistan Institute of Labour Education and Research (Piler).

Piler was established in 1982 as a non-profit organisation and boasts almost three decades of experience in dealing with labour issues.

“I do not think the problem of minimum wages is being taken seriously. A proper system should be implemented where workers can lodge their complaints with the government,” commented Ali.

Jabbar, who led a 26-day strike at General Tyres and Rubber Company of Pakistan Limited, said that many industries paid less than Rs6,000 to unskilled workers even for working more than 10 hours a day.

Jabbar and his 27 colleagues were dismissed from their permanent jobs when they took the factory owners to courts demanding an increase in wages. Criminal cases against Jabbar and his colleague, Zahoor Ahmed Awan, were also lodged by the industrialists.

Govt to keep an eye
on wages

Meanwhile, Sindh Labour Minister Amir Nawab is of the opinion that all industries in Sindh are following the minimum wage instructions. After passage of the 18th amendment, provinces have earned more autonomy and labour-related issues have become a provincial subject.

“From now on, all factory workers will receive payments through bank accounts. This will enable the government to keep an eye on wages,” responded the minister when asked how the government would ensure the minimum wage was being implemented.

“We are committed to implementing what the government has promised to labourers. We have started taking stakeholders on board to receive their feedback,” he declared.

President Muzaffarabad Social Welfare Association Akhi Bahadur Khan said that since most workers are not aware of their rights they are open to exploitation by factory owners.

“Though the concept of payments through bank accounts is appreciable, it seems very difficult to implement,” Khan added.

Chairman of the Federal B Area Association of Trade and Industry, Shahid Ismail, said that his association has issued a notification to member industries asking them to ensure that minimum wage rate is followed.

“We believe that Rs7,000 for unskilled workers is still insignificant. This must be increased considering the rising cost of living,” Ismail said.