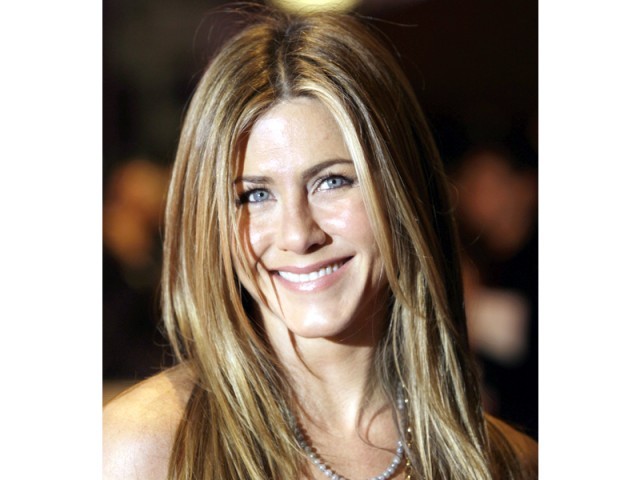 America’s sweetheart Jennifer Aniston is enjoying having stability in her life. PHOTO: FILE

Former “Friends” star Jennifer Aniston said that she doesn’t resent the Oscar-winning actor Angelina Jolie for coupling up with her ex-husband Brad Pitt. The actor stated in an interview she gave to InStyle magazine that she’s perfectly content with current boyfriend Justin Theroux and holds no grudges against her ex or his current girl friend, according to E! Online.

“The triangle with my ex-husband and the rumours of feuds are constant. It’s a story headline that won’t go away, but it’s a money thing,” Aniston tells the magazine when asked about the constant tabloid headlines claiming enmity between the two ladies.

On a more pleasant subject she adds that her relationship with Theroux — whom she met while the two starred in new flick Wanderlust — is going strong and reveals that she’s at a “joyful and peaceful” place right now and knows what she’s looking for when it comes to love, reports people.com

“Having experienced everything, you don’t want in a partner over time, it starts to narrow down to what you actually do want,” E! Online quotes Aniston as saying.

According to timesofindia.com, Aniston’s friends have revealed that she is head over heels in love with her new beau and hasn’t felt that way about anyone since her split with Pitt in 2005. Even in the interview she gave to InStyle, Aniston couldn’t help boasting about her man’s fashion sense. People.com quotes the actor as saying, “First of all, Justin has great style — it’s very specific, and it has been his style forever.”

With her life in the right direction, the actor confesses that old age is the only enemy that she fears and wants to escape. Even though she is known for her age-defying figure, the actor confesses in her interview that she tries her level best to feel younger every day even if it makes her “lose perspective” of her actual age.