Three-member panel to have an exclus­ive discus­sion on the ongoin­g crisis.
By News Desk
Published: February 8, 2012
Tweet Email 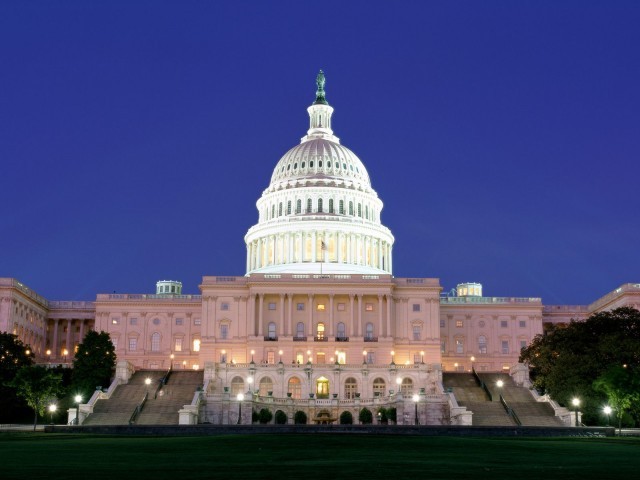 The US House of Representatives Committee on Foreign Affairs is set to convene a congressional hearing on Wednesday, for an exclusive discussion for the first-time ever on Balochistan.

The US House of Representatives Committee on Foreign Affairs is set to convene a congressional hearing on Wednesday (February 8), for an exclusive discussion for the first-time ever on Balochistan.

The event which will be closely monitored by Islamabad will be chaired by Republican Congressman Dana Rohrabacher, who recently co-authored an article with Congressman Louie Gohmert expressing support for an independent Balochistan.

Interestingly, the testimony of Georgetown assistant professor C Christine Fair, who is a member of the three-member panel of witnesses, was uploaded on the internet on Tuesday. In her testimony, Fair has highlighted the government of Pakistan’s ‘extractive policies’ over the decades to keep an ‘ironclad control over the state’.

The professor has gone on to emphasise the ongoing human rights violations in Balochistan and the government’s decision to ‘pursue military action, involving the forced disappearances of youths with no criminal records and the elimination of Baloch tribal leaders’. In her testimony, Fair will also seek to poke holes in the Pakistani state’s argument that military and paramilitary action is justified because Baloch tribal leaders are irreconcilable to the state with research that found that any conciliatory move by government led to a decline in militant attacks.

However, the professor has mentioned the implementation of certain government programmes such as the Aghaz-e-Haqooq-e-Balochistan to help the province within the constitutional framework of Pakistan, adding that ‘the US with its partners can use select instruments of its national powers to encourage Pakistan to do the right thing’.

The two other members of the panel include defence analyst Ralph Peters and Pakistan Director of the Human Rights Watch Ali Dayan Hasan.