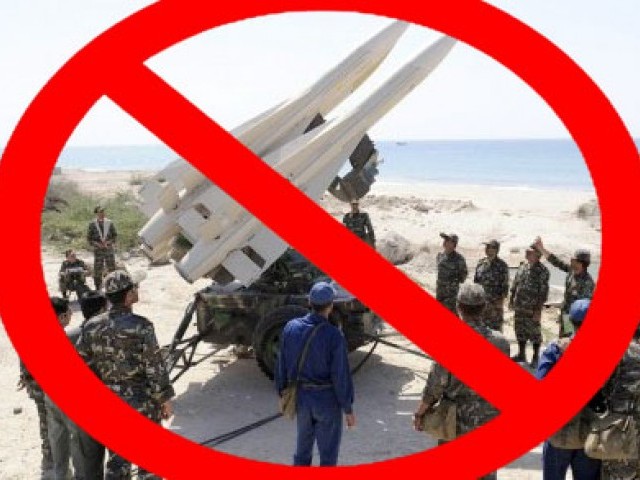 UNITED NATIONS: Indonesia on Monday formalised ratification of the nuclear test ban treaty at the United Nations and its foreign minister called on eight key holdout nations to take a “calculated risk” and sign on.

Foreign Minister Marty Natalegawa said a “trust deficit” over the intentions of other nuclear states often holds back countries.

“These countries must have the courage to step out of their comfort zone and to take some kind of a calculated risk that their positive moved will be reciprocated,” Natalegawa told reporters after formally handing over Indonesia’s ratification documents to UN Secretary General Ban Ki-moon.

Indonesia had resisted ratification for many years but the minister said the government saw “a window of opportunity to advance the disarmament agenda” and so parliament unanimously agreed to adopt the treaty in December.

Natalegawa said Indonesia hoped its ratification of the CTBT “will propel others to do likewise.”

“I guess we need to communicate with the countries concerned to be able to listen what it is that is holding them back.”

The 44 countries which must ratify the treaty to bring it into force all have nuclear weapons or atomic programs.

The Association of Southeast Asian Nations (ASEAN) completed its talks on the regional weapons free zone last year and the 10 member states are now completing ratification of that treaty.

It also prohibits the storage or transit of nuclear weapons in the association’s zone. The treaty prevents the testing of any nuclear device and dumping of radioactive waste in the region.

The declared nuclear powers – Britain, China, France, Russia and the United States – co-sponsored a resolution on the Southeast Asian zone in the UN General Assembly last year, giving implicit recognition to the initiative.