‘The Office’ to continue without Steve Carell

‘The Office’ to continue without Steve Carell

Actor Steve Carell is resign­ing from his job at “The Office,” but that won’t mean the end of the Emmy-award...
By Reuters
Published: August 1, 2010
Tweet Email 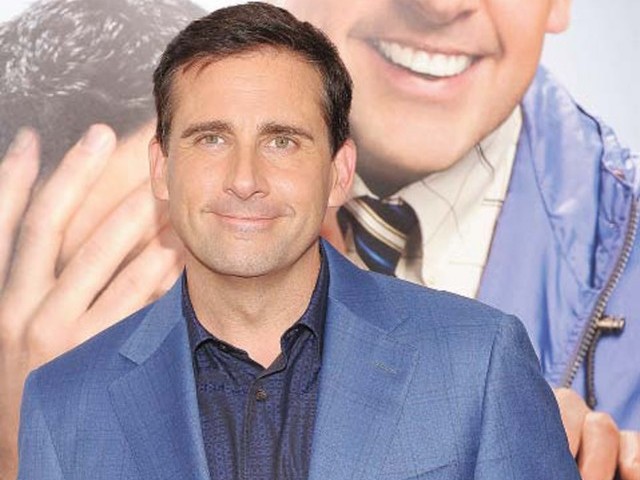 LOS ANGELES: Actor Steve Carell is resigning from his job at “The Office,” but that won’t mean the end of the Emmy-award winning TV comedy show, NBC said on Friday.

At the beginning of the year Carell conducted an interview with BBC Radio where he revealed that this may be the last year for his character. Carell said that his contract continues “through next season …  I think that will probably be my last year.”

At that time there had been no comment from NBC and it was doubtful that “The Office” would continue without the ‘World’s Best Boss’ Michael Scott.

However, on July 30, NBC entertainment programming chief Angela Bromstad told TV reporters that Carell’s decision to quit as the egotistical boss Michael Scott in May 2011 had been known for some time to the network and the show’s writers. “The writers have a plan in terms of who is going to replace Michael. There will be a lot of storylines (on the show) leading up to that,” Bromstad said.

Bromstad noted that NBC’s long-running medical drama “ER” had continued for years after the departure in 1999 of actor George Clooney. “This is a tremendous ensemble cast,” she said of “The Office”.

“We have known about (Carell’s departure) for some time and planned for it. I would be very sad to be ending the show, and I couldn’t go home and face my 14 year-old son if “The Office” was off the air.”

“The Office” is an American comedy television series broadcast by NBC. Actor Steve Carell plays Michael Scott, who is the regional manager of the Scranton branch of the Dunder Mifflin Paper Company. Scott feels he is integral at the office and loved by all, but his employees do not agree.

Carell, 47, began playing Michael Scott in 2005 when the US version of the hit British mockumentary created by Ricky Gervais was launched on NBC. It has become one of NBC’s biggest critical hits and is seen in syndication around the world.

Carell, who has gone on to a prolific movie career with films like Despicable Me, Little Miss Sunshine and Date Night, has said he wants to spend more time with his wife and young children.

With additional information from the NEWS DESK