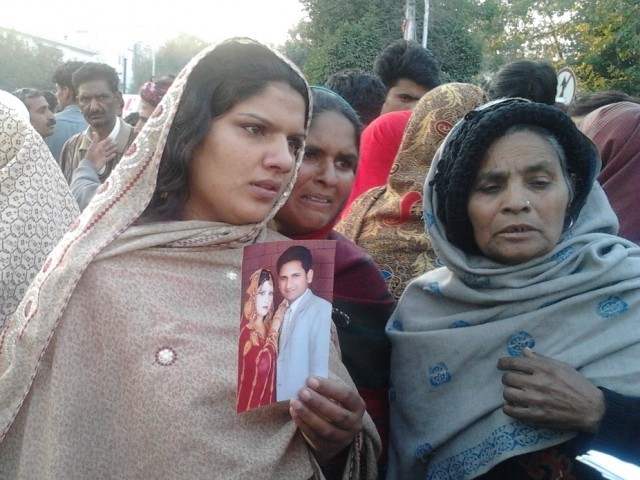 LAHORE: Family members of a man killed in police encounter protested in front of the Punjab Assembly and blocked the Faisal Chowk on Wednesday.

Police had allegedly killed Muhammad Sarwar, 20, in an encounter in the precincts of Gulberg police station.

The family members of the deceased demanded the arrest of the police officers involved in the killing.