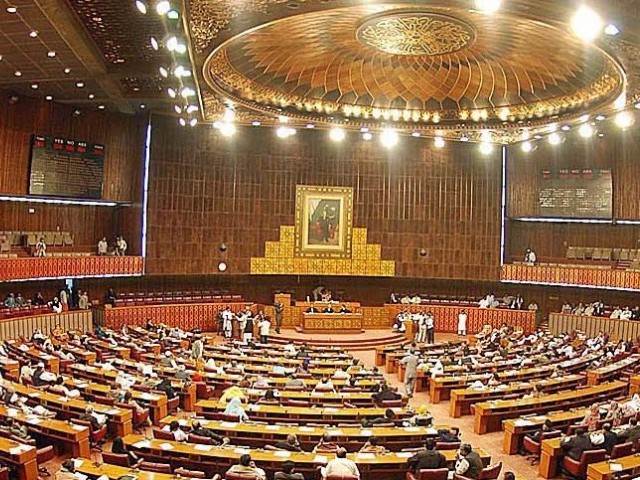 The National Assembly Standing Committee on Law and Justice on Tuesday directed the Ministry of Defence to brief the committee regarding an amendment that called for all defence-related agreements, treaties and memorandums to be approved by parliament before coming into effect.

The committee – headed by Nasim Akhtar Chaudhry from the Pakistan Peoples Party (PPP) – reviewed the private member’s bill moved by Khurram Jahangir Wattoo and decided to hold a briefing from the ministry in their next meeting.

Through his constitution amendment bill, Wattoo had suggested insertion of three new clauses in Article 245 which defines functions of the armed forces.

“No treaty, agreement, memorandum of understanding (MoU) or any other instrument relating to the defence of Pakistan or cooperation in the field of defence shall have the force unless ratified by parliament.”

It further suggested that all such treaties “shall be presented before parliament within 30 days of its signing or execution and duly ratified completely or subject to such changes as made by parliament”.

While presenting his bill before the lower house, Watto had explained its objectives. He had said that no individual would be able to strike deals relating to the defence of the country after the bill’s passage.

He said that it was only after recent incidents – including  the May 2 US operation in Abbottabad and the November 26 Nato attack on two security posts – that the nation had come to know that the Shamsi Air Base was being used by US forces.

Meanwhile, National Database and Registration Authority (NADRA) Chairman Ali Arshad Hakeem informed the committee that the voters’ lists will be completed in time and the accuracy will also be guaranteed on the basis of “one person one vote”. However, the option will be given to voters regarding the place of the registration of the vote, he added.

Election Commission of Pakistan Secretary Ishtiak Ahmed Khan informed the committee that the forthcoming elections will be held according to the authentic voters’ lists prepared by NADRA.