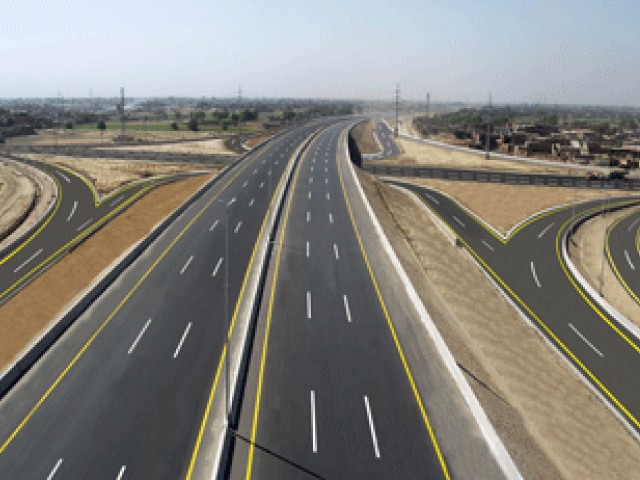 Project likely to be completed by end of Feb; motorcycles, rickshaws banned.

“Fourteen toll plazas will be constructed on the northern loop of the Ring Road, the Lahore Ring Road (LRR) deputy project director, Najam Waheed, told The Express Tribune on Tuesday.

These include Niazi Chowk, Mehmood Booti, GT Road, Harbanspura, Abdullah Gul, and Packages 6, 7, 10 and 11. However, rates for the toll tax have not been revealed yet.

Waheed said motorcycles and rickshaws would not be allowed to enter the Ring Road once it is completed by the end of February.

The northern loop was originally scheduled to be complete by November 2011. Waheed said currently motorcyclists mostly used the Ring Road till the Bhatta Chowk Interchange to enter and exit Defence.

“As soon as the toll plazas are set up, bikes and rickshaws will instantly be banned on the Ring Road. The Ring Road is a fast moving track and slow moving vehicles will not only endanger their own lives but also the lives of other commuters.”

Zubair Jan, a resident of Defence, said that the road ahead of Bhatta Interchange was only used by racers. He said most of them performed stunts and there were no traffic police to address to stop them.

As many as 35 km of the 40 km long northern loop has been completed.

Work on the remaining section (package 14, 16 and 17) was inaugurated in April last year. It was to be complete by November.

Lahore Commissioner Jawad Rafique Malik, who is the Lahore Ring Road project director, told The Express Tribune the two packages would be completed by the end of February. He attributed the delay in construction to the time taken in acquiring land and setting up the Ring Road Authority.

The LRR northern loop’s fifth and final interchange (package 15) had been inaugurated a month earlier by Chief Minister Shahbaz Sharif. The commissioner hoped that work on the southern loop, linking the road to the motorway, would be completed by the end of 2012.

The Southern loop will have five interchanges. It is divided in four sections and is 48 km long.

A Nespak official said an international firm will build the southern loop on a build, operate and transfer (BOT) basis. He said the eight kilometre southern loop stretch connecting Package 17 to Ferozepur Road would take at least eight months to complete.