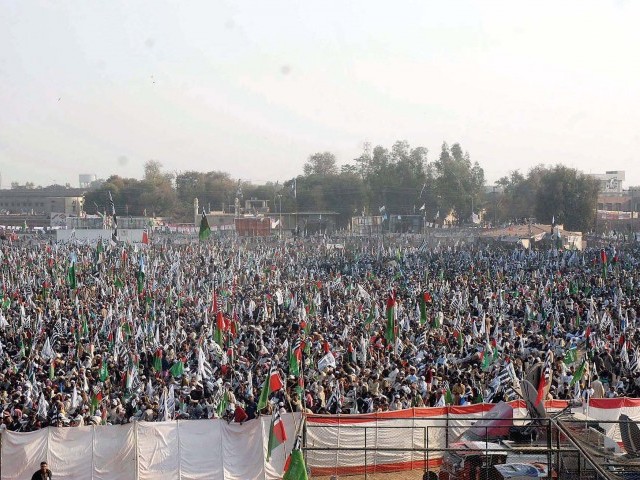 MULTAN: Even if the government decides to restore Nato’s supply route, the country’s religious parties plan to robustly oppose the move.

At the Difa-e-Pakistan conference here on Sunday, the leaders threatened a siege of parliament if the Nato supply line was restored.

Jamaat-e-Islami chief Munawwar Hassan said on Sunday that any resolution submitted in parliament favouring restoration of the US-Nato supply routes would be a step against Pakistan.

The speakers declared that parliamentarians approving the resolution for allowing Nato supply resumption and those who granted the most favoured nation (MFN) status to India must be ready to “face the music”.

Chief of Ahle Sunnat wal Jamaat (ASWJ) Ahmed Ludhianvi said that if the government decides to restore Nato supply routes, his party workers would block the route themselves.

The supply route was suspended by Pakistan after the November 26, 2011 Nato air strikes that killed 24 Pakistani soldiers and took Pakistan’s fragile alliance with the US to new lows.

The JI chief, referring to the chief of army staff, said: “Enough is enough. General Ashfaq Parvez Kayani should be very clear with regards to the policies and relations with the US and India.”

Jamiat Ulema-e-Islam-Sami chief Maulana Samiul Haq also addressed the convention and said that “if the US, Israel, India or Nato forces” attack Pakistan’s border, they will retaliate against them with “full force”.

Malik Ishaq, the former head of the Lashkar-e-Jhangvi, also attended the gathering on the special invitation from the ASWJ leadership.

“We will not let this government negotiate with India and the US who are the greatest enemies of Pakistan,” said Difa-e-Pakistan Council Chairman Maulana Samiul Haq.

“The government will see its worst days if they restore the Nato supply line. We will surround the parliament and will not allow them to move outside unless they change their decision,” he added.

The ASWJ had expected an attendance of more than 200,000 people for the gathering but intelligence sources estimated that about 50,000 participants came to the venue.

The meeting was attended by the Sheikh Rasheed, Hafiz Saeed, Hameed Gul, and leaders of many religious parties from across the country including Ijazul Haq, Abdul Rehman Maki, Hafiz Saifullah Mansoor and Maulana Ameer Hamza.

Meanwhile, the Markazi Jamiyat-e-Ahl-e-Hadees (JAH) demanded an inquiry into the funding of the event. The group’s local chief Allama Khalid Mehmood Nadeem said the government should take notice of the “millions of rupees” wasted in organising the Difa-e-Pakistan convention.