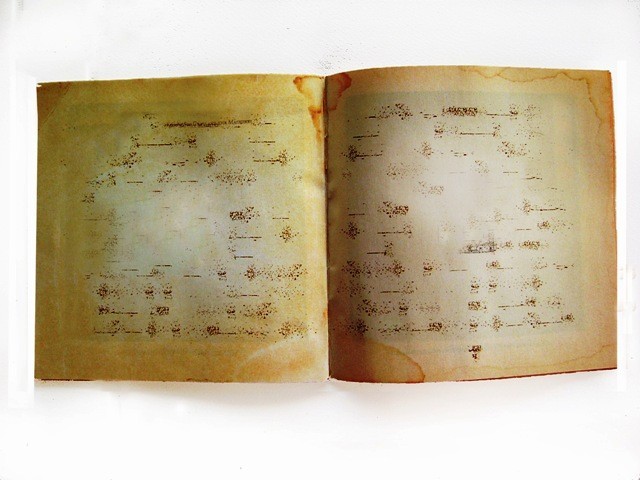 The 150 or so documents, dated from the 11th century, were found in Afghanistan's Samangan province. PHOTO: SXC.HU

KABUL: A cache of ancient Jewish scrolls from northern Afghanistan that has only recently come to light is creating a storm among scholars who say the landmark find could reveal an undiscovered side of medieval Jewry.

The 150 or so documents, dated from the 11th century, were found in Afghanistan’s Samangan province and most likely smuggled out — a sorry but common fate for the impoverished and war-torn country’s antiquities.

Israeli emeritus professor Shaul Shaked, who has examined some of the poems, commercial records and judicial agreements that make up the treasure, said while the existence of ancient Afghan Jewry is known, their culture was still a mystery.

“Here, for the first time, we see evidence and we can actually study the writings of this Jewish community. It’s very exciting,” Shaked told Reuters by telephone from Israel, where he teaches at the Comparative Religion and Iranian Studies department at the Hebrew University of Jerusalem.

The hoard is currently being kept by private antique dealers in London, who have been producing a trickle of new documents over the past two years, which is when Shaked believes they were found and pirated out of Afghanistan in a clandestine operation.

It is likely they belonged to Jewish merchants on the Silk Road running across Central Asia, said T. Michael Law, a British Academy Postdoctoral Fellow at Oxford University’s Centre for Hebrew and Jewish Studies.

“They might have been left there by merchants travelling along the way, but they could also come from another nearby area and deposited for a reason we do not yet understand,” Law said.

Cultural authorities in Kabul had mixed reactions to the find, which scholars say is without a doubt from Afghanistan, arguing that the Judeo-Persian language used on the scrolls is similar to other Afghan Jewish manuscripts.

National Archives director Sakhi Muneer outright denied the find was Afghan, arguing that he would have seen it, but an advisor in the Culture Ministry said it “cannot be confirmed but it is entirely possible”.

“A lot of old documents and sculptures are not brought to us but are sold elsewhere for ten times the price,” said advisor Jalal Norani, explaining that excavators and ordinary people who stumble across finds sell them to middlemen who then auction them off in Iran, Pakistan and Europe.

“Unfortunately, we cannot stop this,” Norani said. The Culture Ministry, he said, pays on average $1,500 for a recovered antique item. The Hebrew University’s Shaked estimated the Jewish documents’ worth at several million dollars.

Thirty years of war and conflict have severely hindered both the collecting and preserving of Afghanistan’s antiquities, and the Culture Ministry said endemic corruption and poverty meant many new discoveries do not even reach them.

In today’s climate of uncertainty, the National Archives in Kabul keep the bulk of its enormous collection of documents — some dating to the fifth century — under lock and key to prevent stealing.

Instead reproductions of gold-framed Pashto poems and early copies of the Quran scribed on deer skin, or vellum, are displayed for the public under the ornate ceilings of the Archives, which were the nineteenth century offices of Afghan King Habibullah Khan.

“I am sure Afghanistan, like any country, would like to control their antiquities… But on the other hand, with this kind of interest and importance, as a scholar I can’t say that I would avoid studying them,” said Shaked of the Jewish find.

Hezb-e-Islami in exploratory talks with CIA