Busting the myth: The perception of corruption in Pakistan

Busting the myth: The perception of corruption in Pakistan

Misman­agemen­t is a bigger factor in the curren­t crises being faced by the countr­y.
By Dr Humayun Dar
Published: January 23, 2012
Tweet Email 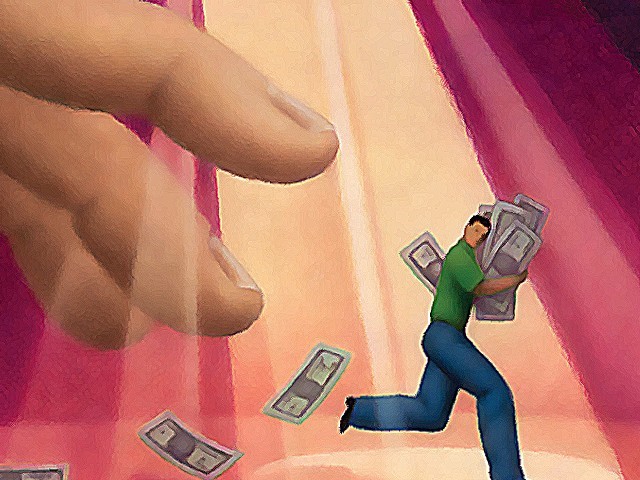 Mismanagement is a bigger factor in the current crises being faced by the country.

There is no doubt that Pakistan is facing a lot of economic problems, many of which are very grave in magnitude and depth, but the perception of corruption in the country is undoubtedly exaggerated. Assuming that the general public will be impressed by slogans of eradicating corruption from the country, some political parties have started giving timelines for getting rid of top-level corruption within 90 days of coming into power (for example, Imran Khan while addressing the Karachi rally).

Transparency International, which helped in creating this widespread perception of rampant corruption in Pakistan, has a methodology for ranking countries in terms of incidence of corruption. It is based on a survey of perceptions, which sums up subjective views of a large number of respondents drawn from different segments of society. While the law of large numbers may in general regress towards truth, it does not help to study the phenomenon of corruption based on the perception of individuals.

In a country where irrationality abounds, lack of information and an asymmetrical access to it gives rise to a lot of speculation on the part of the general public. In periods of lower economic growth, less or ill-informed economic agents tend to attribute the so-called “unexplained” gap between potential and actual gross domestic product (GDP) to corruption. It is evident from the global Corruption Perception Index (CPI) annually published by Transparency International that the incidence of corruption as perceived by people is negatively related with the level of GDP of the countries, ie, low income countries tend to have more corruption as compared to the ones falling in the higher income categories.

It must be noted here that the present article does not attempt to probe into the direction of causality between corruption and GDP or its growth.

The present government has failed miserably to manage the economy. While GDP growth has been significantly lower during the last three years (average annual growth of 2.9%) as compared to the period of the previous government led by General (retd) Pervez Musharraf (average annual growth of 5.2%), there is no reason to assume that the level of corruption has gone up. In many cases, the size of corruption is directly proportional to the level of economic activity.

With a slowdown in GDP growth, one would expect a decline in opportunities that may fall under the purview of corruption. Even, if we accept Transparency International’s rankings the corruption score is actually slightly better than the last few years of the previous government.

The writer is an economist (PhD from Cambridge University).

All is not good : Peace, a prerequisite for economic growth