Father of Aslam Awan claims he has been told ‘not to speak anymor­e’.
By Muhammad Sadaqat
Published: January 22, 2012
Tweet Email 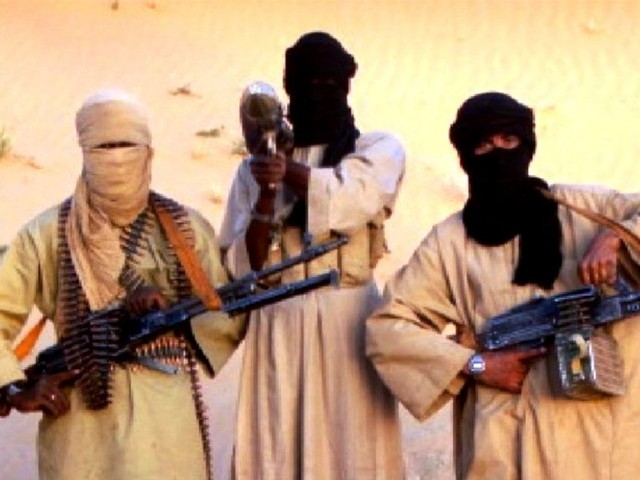 Father of Aslam Awan claims he has been told ‘not to speak anymore’. PHOTO: AFP/FILE

Khushal Khan, the 70-year-old father of Aslam Awan, the University of Manchester graduate who died in a drone attack after joining al Qaeda, has refused to share his thoughts and feelings over the strange and tragic fate of his son.

“I went to offer Fateha for the departed soul of Aslam Awan but the father refused to say Fateha” said Mehmood Khan, a local resident who added that Khan believes that his son was martyred and that martyrs do not need the prayers of others.

When local journalists asked Khan about this, he gave them the same response, but abruptly brought communication to a halt when pressed further. “I am told not to speak anymore on this issue,” Khan told the media.

The grief-stricken retired banker did not disclose who had barred him from speaking about the issue.

Younas Qureshi, another local resident, said that Awan, despite being clean shaven, was a strong Deobandi Muslim, but nobody could say for sure that he was an al Qaeda operative.

Journalists were also denied information from the school at which Awan passed his A-levels in 2003.

However, following the media reports of his death, Awan’s family home remained the subject of strong media focus. Intelligence agency officials and police were deployed around the house as the investigation kicked off. Security forces want to find out if Awan had any local connections during his affiliation with the terrorist outfit. The police have also recorded a statement from Khan and his wife.

DIG Hazara Range Dr Muhammad Naeem, when approached by The Express Tribune, said he was unaware that any resident of Abbottabad with the name of Aslam Awan had been killed in a drone attack. “Nobody told me about what you are asking about. I will collect information and then would be in a position to speak to you by Monday,” he said.