Aslam Awan, killed in a drone strike on Jan 10, grew up in the garris­on town.
By Muhammad Sadaqat
Published: January 21, 2012
Tweet Email 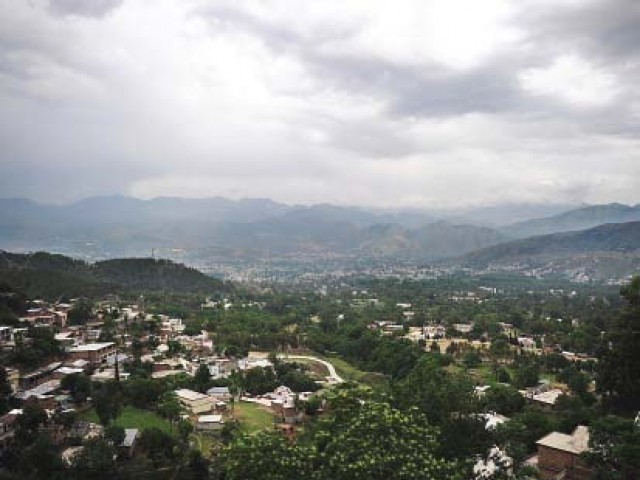 The last ‘senior al Qaeda operative’ killed in a drone strike in North Waziristan Agency was not your average militant.

Aslam Awan, 27, took his A level examinations, went to University of Manchester for higher studies in 2003, and returned to his hometown, Abbottabad, in 2007.

Awan’s death brings the number of al Qaeda operatives linked to the garrison town to four.

He was targeted in a drone strike on January 10, directed at what news reports said was a compound near Miramshah, the headquarters for North Waziristan.

Awan’s father Khushal Khan, a retired banker, was angry, aggrieved, and in denial.

“How could my son get involved in terrorist activities?” Khan asked, adding that it was not officially confirmed that the man killed in the drone attack was his son.

The possibility that the man killed in the drone strike could be someone else but his son brought him comfort – but only momentarily.

His son’s departure from home in March 2010, and subsequent disappearance for the next two years, hinted otherwise.

Khan said his family was highly educated and firmly believed that al Qaeda leader Osama bin Laden, captured a kilometre away from their residence in May 2011, was a terrorist.

Awan’s four elder brothers include an engineer, a surgical specialist, a banker and a software engineer, who have been in the UK for the last several years.

Khan said his son left home two years ago after an altercation.

“Since he was unemployed and financially dependent on his elder brothers, I asked him to avoid overspending on the construction of a new bungalow adjacent to our existing residence. He refused to listen to me and left,” Khan said.

Awan subsequently called his mother from undisclosed locations, but never spoke to his father.

Whenever his mother asked him what he was doing, Awan said he was engaged in a business of used garments.

Official sources in Abbottabad, and the US, confirmed Awan’s death, and his links with al Qaeda.

Sources said he was experienced in computers and reportedly got in touch with al Qaeda while studying in Manchester. He joined the organisation in Miramshah, after leaving his house in March 2010. Sources add that he married a German convert to Islam during his stay in Miramshah; his wife was reportedly injured in the drone strike.

Sources described Awan, also known by the nom-de-guerre Abdullah Khorasani, as a significant figure in the remaining core leadership of al Qaeda.

One of the sources described Awan as an associate of al Qaeda’s current chief of external operations.

“Awan was a senior al Qaeda external operations planner,” a US official said.

A Pakistani security source said Awan was the remaining member of an al Qaeda cell Pakistani authorities have been trying to roll up since 2008.

“We thought he was very close to Ayman al Zawahiri,” the source said, but a US source added that American experts did not believe so.

Awan’s death has brought Abbottabad back into the limelight, for all the wrong reasons.

Besides Bin Laden, who had been living here for years before being killed in a top-secret US raid in May 2011, al Qaeda’s senior operative, Umar Patek of Jemaah Islamiyah Indonesia, wanted for the 2002 Bali bombings, was arrested from the Malikpura area of Abbottabad in January 2011.

Another alleged al Qaeda operative and a resident of the same locality, Ehjaz Ahmed, was killed on May 26, 2009 in a shootout with Haripur police.

Ahmed attacked the police to recover the family of Abdullah al Missry, an Egyptian with alleged links to al Qaeda.

Police had earlier arrested Missry and recovered weapons, computers and CDs of al Qaeda and Taliban’s operations from his possession.

(WITH ADDITIONAL INPUT FROM REUTERS)