Khar off to Russia with love

Khar off to Russia with love 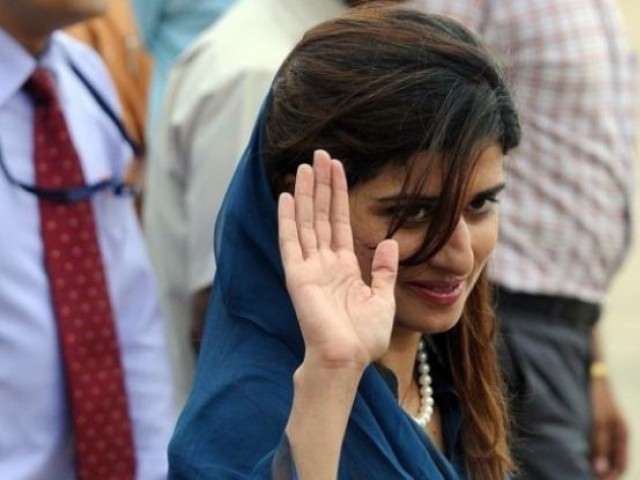 In a development that signifies a paradigm shift in the country’s decades-old foreign policy, Pakistan is set to formally invite the Russian president to undertake a visit at a time when its relationship with the United States is faltering.

If Dmitry Medvedev accepts the invitation, he will be the first Russian head of state to visit Islamabad.

A foreign office official told The Express Tribune that Foreign Minister Hina Rabbani Khar is expected to visit Moscow in the first half of February to formally extend her country’s invitation to the Russian president for a maiden trip.

The move is part of Pakistan’s efforts to reach out to countries such as Russia in the wake of its strained ties with the US. Relations between Islamabad and Washington have continued to deteriorate since the November 26 Nato airstrikes that killed 24 Pakistani soldiers.

That incident not only prompted authorities to shut down key supply route for the western forces stationed in Afghanistan but also initiated a review of the entire relationship with the US. An all-party and bicameral parliamentary panel has already furnished its recommendations to rewrite the terms of engagements with Washington.

The foreign policy review includes recommendations that Pakistan must re-evaluate its relationship with Russia. The two-day envoys conference attended by ambassadors from select capitals has proposed measures to upgrade ties with Moscow in an attempt to reduce reliance on the US.

“There was a consensus that we should take our relationship with Russia to the next level,” said a foreign office official.

It is believed that China is also quietly pushing Pakistan and Russia to move beyond their bitter past and write a new chapter in their ties in view of the evolving regional and international situation.

Islamabad and Moscow remained bitter enemies in the 1980s when Pakistan, along with western countries, backed the so-called holy warriors, or ‘mujahideen’, fighting Soviet troops in Afghanistan. But in recent years the two countries have attempted to move beyond that phase of their relationship.

In an unprecedented statement following the Nato attacks on Pakistani check posts last year, Russia publicly denounced the incident, emphasising that a nation’s sovereignty should always be upheld, even when hunting ‘terrorists’.

In May last year, President Asif Zardari undertook a historic visit to Moscow, the first official trip by any head of state from Pakistan in 37 years. Recently, a top Russian military commander also paid a rare visit to Pakistan. The visit by Colonel General Alexander Postnikov, Commander -in-Chief Russian Ground Forces, was the first by any senior military official from the former Soviet Union in recent years. The significance of the visit can be judged from the fact that the Russian general was given a guard of honour and full protocol on his arrival at the GHQ.

‘I am not Pakistani, cannot be summoned’