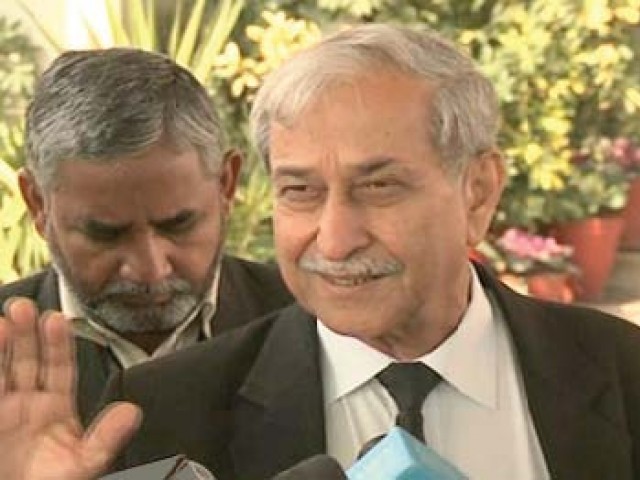 Azad said replies of the army chief and DG ISI should have been routed through the proper channel. PHOTO: FILE

ISLAMABAD: President of the Supreme Court Bar Association Yasin Azad said on Wednesday that the replies of the army and ISI chiefs in the memo case should have been routed through ‘the proper channel’.

Addressing a press conference on the premises of the Supreme Court, Azad said that the army was part and parcel of the administration and needed to obey its orders.

He also said that the government should have written a letter to the Swiss authorities for reopening graft cases against President Asif Ali Zardari.

Had the government written a letter, the present crisis would not have emerged, he added.

He also said that lawyers would welcome Prime Minister Yousaf Raza Gilani on his arrival at the Supreme Court.

The SCBA president said the lawyers will never favour an undemocratic measure to oust a democratically-elected government, which should complete its tenure at all costs.

He added that the wheel of democracy should be allowed to roll for it would lay the solid foundation of a welfare state.

Azad condemned the killing of Nasrullah Warraich in Lahore and demanded the Punjab government to bring the killers to book forthwith.