US and armed opposi­tion groups in Afghan­istan are negoti­ating .
By Qaiser Butt
Published: January 19, 2012
Tweet Email 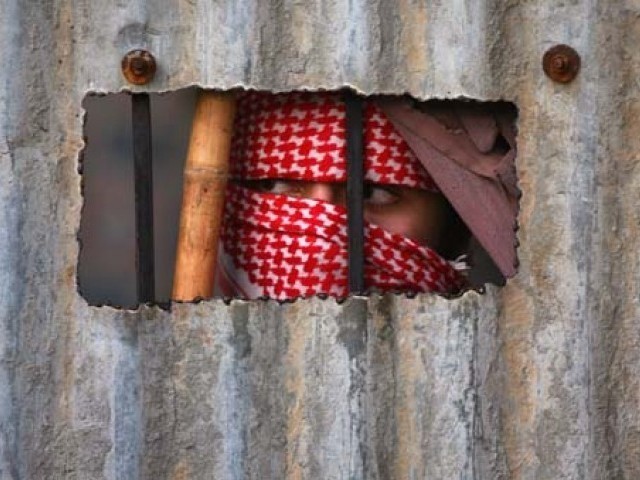 US and armed opposition groups in Afghanistan are negotiating .

ISLAMABAD: There are indications that the formation of a multi-party government in Kabul could be one of the key options that are being worked out between Washington and armed opposition groups in Afghanistan.

Senior leader of the Hizb-e-Islami Dr Gairat Baheer, who has had significant meetings with senior US officials in the recent past in Kabul told The Express Tribune that he is certain there will be a ‘balanced’ government in the future.

Baheer also held meetings with the CIA chief David Petraeus, the US ambassador in Kabul and a US army general in Afghanistan to discuss a negotiated settlement of the Afghan conflict.

“My impression is that the future government will comprise Afghan Taliban, Hizb-e-Islami and the Northern Alliance besides other parties,” he explained.

He also had a series of talks with Afghan President Hamid Karzai on the issue.

“Hizb emphasised on the total withdrawal of foreign troops from Afghanistan during the talks when different issues came under discussion with the US officials,” he said.

He added that the future system of the Afghan government was one of the issues during the negotiations, “but it is not possible without an absolute pullout of the US-led foreign forces from our motherland.”

Recognition of the Afghan constitution by the armed opposition has been a per-condition by Washington for any peace talks. However, it is not clear whether Washington had obtained an assurance from the Afghan Taliban and Hizb-e-Islami on the constitution that guarantees equal rights for Afghan women with an emphasis on girls’ education and job opportunities without gender prejudice.

Baheer said that the US will not face any problems on this issue if it accepts Hizb’s proposals, which he presented to the American officials.

“We believe in a constitution that is not in conflict with Islamic teachings and Afghan traditions,” he said.

The Hizb leader further said that he also held discussions with some western countries, including France and Germany on the political solution to the Afghan imbroglio.

Mullah Abdul Salam Zaeef, whose name was removed by the United Nations from its list of terrorists in July 2010, was also in Paris a few weeks ago when Baheer met French officials.

“Mullah Zaeef is highly respected by the Afghan Taliban,” Baheer said when asked whether Zaeef enjoys the confidence of Taliban leader Mullah Umer.

A senior Pakistani diplomat in Kabul also expected a multi-party future government in Kabul as a result of the consultations between the US, the Afghan Taliban and Hizb-e-Islami.

Although the talks are still in a preliminary stage, they are still significant as Washington and Afghan armed groups have adopted a political course to achieve a peaceful settlement of the Afghan war, he said.

The Afghan Taliban have realised, after 10 years of US-led war, that the political scenario in their country is different today than what it was in 2001 when they ruled the country without sharing the cake with anyone, he said, adding they will now have to join any of the future governments in Kabul as a partner. “They have no option but to share the pie with other groups,” he said.

Baheer, during his meeting with Karzai, gathered the impression that Salahuddin Rabbani, the eldest son of assassinated former chairman of the Afghan High Peace Council Prof Burhanuddin Rabbani, will be appointed as his father’s successor in the AHPC.

A former Afghan ambassador to Turkey and a graduate from a US university, Salahuddin, 41,  was selected as the acting chief of the Jamiat-e-Islami Party, that his father was heading till his assassination in September last year.