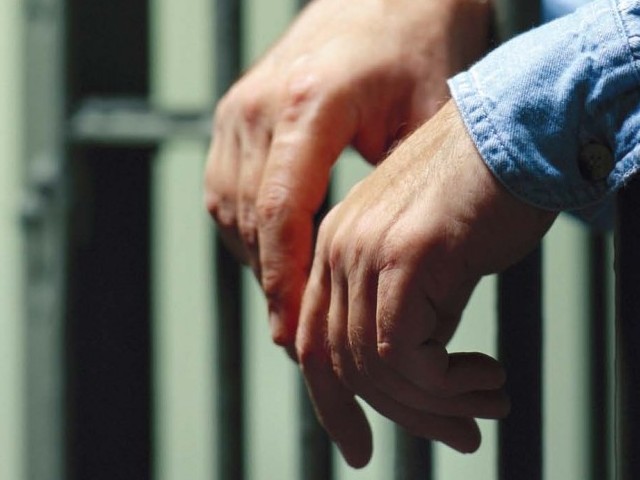 A former soldier facing death sentence moved the Lahore High Court (LHC) on Wednesday against the “unfair” field general court marshal (FGCM) that punished him for his role in one of the deadliest suicide attacks in the city.

In response to a pending petition filed by ex-sepoy Ghulam Nabi, the General Headquarters (GHQ) Judge Advocate General (JAG) revealed that the petitioner was tried and convicted for his involvement in the suicide blast outside a National Bank branch in Shalimar Market near GHQ on November 2, 2009, where 29 people lost their lives and another 60 were injured.

Progress in the case has been kept from the public. The Civil Lines police, where the case was registered, suggested that no progress had been made in the suicide attack case.

However, military authorities informed the LHC Rawalpindi Bench
that Gulam Nabi was tried and convicted for planning and helping arrange the attack with the help of Abdul Malik alias Muslim, Abdullah, Sarfaraz, Sajjid and others.

The suicide attack resulted in the deaths of many serving and retired army personnel, who were queuing outside the bank on November’s first Monday to collect their salaries and pensions.

Presently confined in Faisalabad District Jail, the reply said that Nabi was arrested from his workplace in Rawalpindi on November 16, 2009 and was tried by the FGCM before he was sentenced to death.

Military authorities said that Nabi obtained and imparted terrorism training in camps established by the Tehrik-e-Taliban Pakistan in South Waziristan along with other men, and helped the suicide bomber in identifying the target place.

The authorities claimed that the convicted sepoy had confessed before a judicial magistrate that he helped the terrorists in carrying out the suicide attack, quoting a lawyer provided to him by the army.

However, in his petition Nabi has prayed to the court to set aside his conviction as he was not provided with any lawyer for his defence and was unaware of the charges levelled against him in the FGCM. He also wants to be provided with documents of the trial’s proceedings so he may learn what his crime was.

Making the defence secretary, Punjab Home Department secretary and Faisalabad Jail superintendent respondents, Ghulam Nabi said he was picked up in November 2009 by intelligence agencies, and it was two years before his family was informed by the Judicial Commission on Missing Persons that he was being tried by a military court.

The petitioner had stated before the high court that he had been sentenced to death after an unfair trial in Sargodha, where he was not informed about his crime and was not allowed to have lawyer of his own choice.