Will change Sindh’s condition after coming into power: Nawaz Sharif

Will change Sindh’s condition after coming into power: Nawaz Sharif 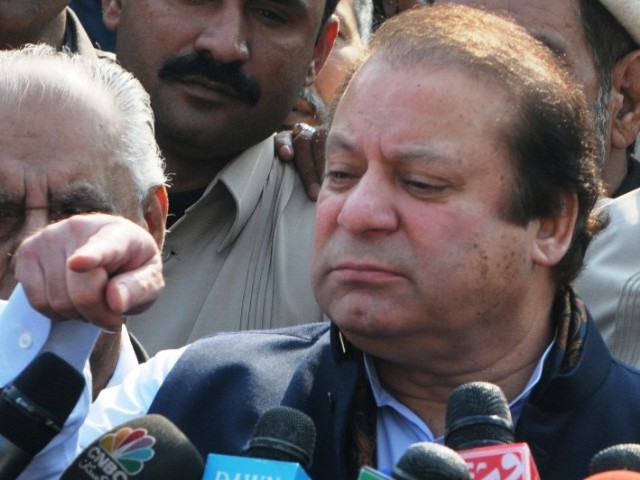 PML-N chief expresses concern for the province saying that the provincial government has done nothing. PHOTO: EXPRESS/ FILE

Pakistan Muslim League – Nawaz (PML-N) chairman Nawaz Sharif on Tuesday said that his party will change the condition of Sindh first thing after coming into power.

Sharif, while addressing a congregation in Badin, said that he was aggrieved that the floods in Sindh destroyed everything, and has requested the Punjab government to help the affected people in every way possible.

He said that the Punjab government built hospitals, sent doctors and provided medicines, rations and had set up tents for the people who lost their homes during the floods. “We didn’t do any favour, this was our duty.”

He further questioned what the Sindh government has done for the province saying that it was the economic backbone of the country. “Sindh has been gripped by poverty, people are living in sheds,” he added.

The party chief said that he was surprised how people can live with such meager wages and promised to provide loans to people without any interest to help them set up their businesses.

“When we come into power, we will formulate schemes to utilise the talent of the youth,” said Sharif.

Demand Of O/A Levels: System to be extended to the deprived