Civil work has alread­y begun on prison­s modell­ed on US and Europe­an jails.
By Qaiser Butt
Published: January 16, 2012
Tweet Email 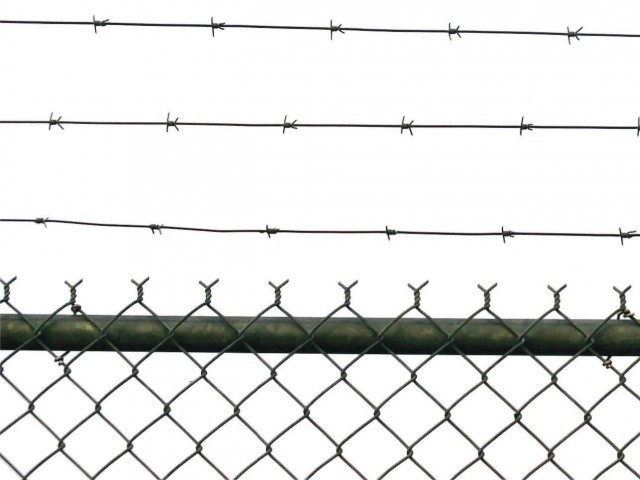 Civil work has already begun on prisons modelled on US and European jails. DESIGN: JAMAL KHURSHID

As part of a comprehensive policy to separate terrorists from other inmates, the government of Khyber-Pakhtunkhwa is building high-security prisons within its existing jails in Peshawar and Haripur, an official source told The Express Tribune

“Civil work is already in progress to build the high-security prisons within the compounds of the central jails of Peshawar and Haripur,” the official said, though he asked not to be named.

The decision to set up prisons was taken by top security agencies, currently facing a plethora of difficulties in holding terrorists in the current jails available.

To further ensure tight surveillance and to keep a close watch on the terrorists’ movements the high-security prisons will have small cells, unlike ordinary jails where several inmates are often kept in one cell.

Courtrooms will also be established in the prisons to facilitate the trial of the accused persons and also ensure the safety of the presiding judges, prosecutors and witnesses.

The terrorists currently under trial and also those already convicted had caused serious threats not only to jail authorities but also to the police, intelligence agencies and other security organisations.

Initially it was proposed to declare just Haripur Prison as the high-security jail. However, the move was put on hold after the proposal was discussed at a high level meeting of the security and law enforcing agencies in Rawalpindi last year.

The government of Khyber-Pakhtunkhwa had raised many reservations over the proposal and regarded it unfeasible to conduct trials of terrorists in just the one jail.

The prisons were certainly necessary – as the situation is grave in Khyber-Pakhtunkhwa, where a large number of terrorists are kept in jails.

The authorities have received several reports that the prisons were being used by terrorist outfits as a nursery to produce more terrorists. Easy access to ordinary criminals, mainly young and financially poor people, by hardcore terrorists made the task of terrorist recruitment rather easy.

Security agencies had detected that ordinary inmates were playing the role of carriers to facilitate contacts between the jailed terrorists and their masterminds.

A large number of such terrorists successfully obtained cell phones with the help of ordinary criminal inmates and also with the connivance of financially corrupt junior jail officials.

The K-P government and the federal security forces had to take unprecedented security measures to protect the jails against a possible jailbreak.

The step was taken last year when a FATA-based terrorist group had planned to break the Temergara jail of Dir where over 300 terrorists were detained following the army operation in Malakand .

The plan was pre-empted by federal security forces after phone conversations between the terrorist group and their comrades were intercepted by the intelligence agencies.

Memogate: ‘Mansoor Ijaz to appear before commission on Jan 24’