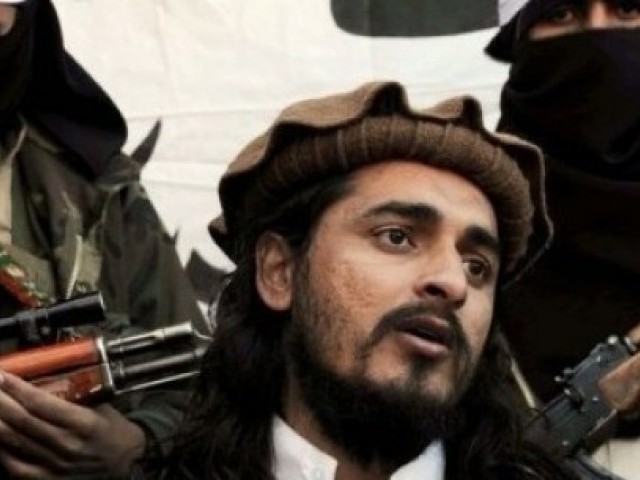 Hakimullah Mehsud was reportedly killed in a drone strike on Thursday. PHOTO: AFP

PESHAWAR: If one is to believe the American media, Hakimullah Mehsud, the young, ferocious chief of banned Tehreek-e-Taliban Pakistan (TTP), is dead – again.

Hakimullah ‘might have been killed’ in a drone strike that took place on January 12 in the Datta Khel area of North Waziristan Agency that had targeted a vehicle, killing six people, according to the US media.

It’s not the first time Hakimullah has been reported dead. In 2010, Pakistani and US officials had claimed that the TTP chief was killed in a drone strike in Waziristan. But a few days later TTP released a video showing Hakimullah alive.

About the Jan 12 drone strike, Pakistani intelligence officials said they had intercepted militant radio communications indicating that Hakimullah may have been killed.

“It is not yet 100 per cent sure that Hakimullah was killed but we are investigating the matter,” the officials told The Express Tribune.

However, the newly appointed TTP spokesperson for South Waziristan, Asimullah Asim, denied the reported death of his group’s chief, claiming that Hakimullah was not in the area where the drone strike had hit.

“Our Ameer (chief) is very much alive and in full contact with his men,” he told The Express Tribune by phone from somewhere in the tribal belt.

Reports of Hakimullah’s death come at a time when ‘secret talks’ between Pakistani security agencies and TTP factions had entered a decisive phase.

Publicly, the military denies having any talks with the militants.

Senior TTP leaders have also confirmed that covert talks with the military establishment were taking place.

Asimullah Asim, however, denied any peace dialogue with Pakistani security officials. Sources say the government is not talking to Hakimullah and his diehard followers.

Security officials confirmed that the military was rigorously chasing Hakimullah and his group into the Shawal Valley on the border between South and North Waziristan.