Early elections: Govt would resign if it was ‘truly democratic’

Early elections: Govt would resign if it was ‘truly democratic’

Imran says PML-N should resign from assemb­lies if it feels PPP is destro­ying the countr­y.
Published: January 15, 2012
Tweet Email 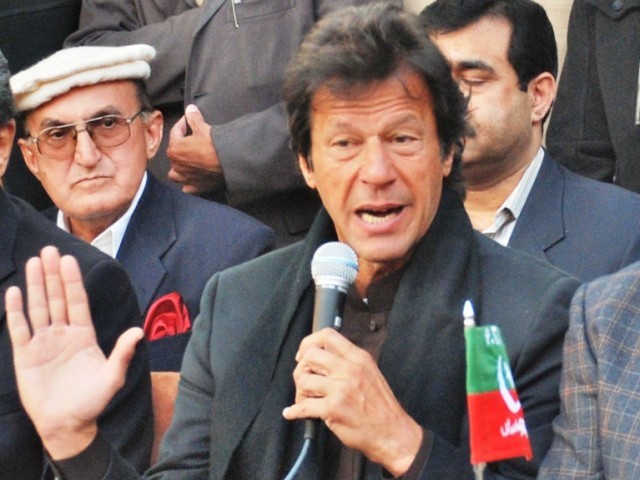 Khan says had current government came into power through people not NRO, then elections would have been held. PHOTO: ZAFAR ASLAM

KAHUTA: Pakistan Tehreek-e-Insaf (PTI) Chairman Imran Khan said on Sunday that if the government was truly democratic, then it would have held elections by now.

Had the current government come into power through the people and not the NRO, elections would have been held by now, Khan said during his address in Kahuta.

Quoting Supreme Court’s earlier statement about Prime Minister Yousaf Raza Gilani being a “dishonest person”, Imran hit out at the premier, saying if Gilani had some ‘shame,’ he would have held the elections. “There is a deficit of shame,” Khan added.

The PTI chairman said that Pakistan Muslim League-Nawaz should resign from the National Assembly and Punjab Assembly seats if the party chief, Nawaz Sharif, thinks the government is destroying the country.

Adding that no resignation would be submitted, Khan said the Pakistan Peoples Party and the PML-N are not ‘ideological parties’ and that majority of their members are ‘opportunists.’