Petition in IHC seeks to preempt sacking of Kayani, Pasha

Petition in IHC seeks to preempt sacking of Kayani, Pasha 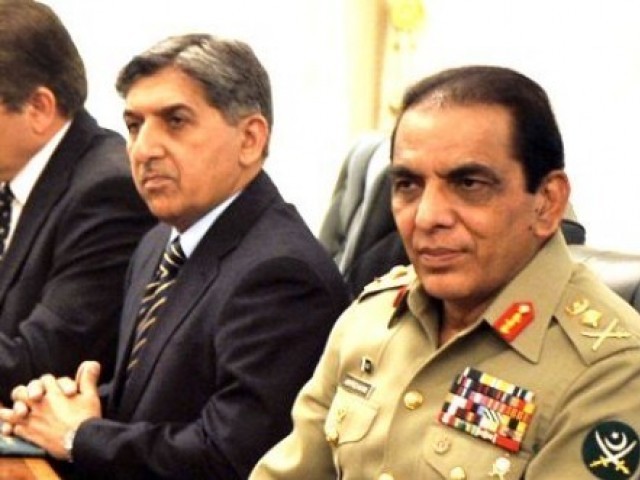 ISLAMABAD: Amid growing tensions between the civilian government and the military leadership, an unprecedented petition has been filed in the Islamabad High Court (IHC) on Wednesday to block any attempts by the government to sack Army Chief General Ashfaq Parvez Kayani and Director General Inter-Services Intelligence (ISI) Lieutenant General Ahmed Shuja Pasha.

The petition filed by Advocate Maulvi Iqbal Haider, considered to be a dubious character by the Supreme Court (SC) and even banned from entering SC premises by Chief Justice Iftikhar Muhammad Chaudhry for filing frivolous petitions, was promptly accepted by the IHC.

The petitioner requested that the president and prime minister be restrained from taking any action against the army and intelligence chiefs by issuing an adverse notification against them until a final decision on his writ petition had been taken.

Seeking the judiciary’s intervention, the petition was filed hours after the Army warned of “grievous consequences” for the country, over criticism by Prime Minister Syed Yousaf Raza Gilani that the army and intelligence chiefs had failed to make their submissions to the commission through government channels.

The brewing tussle has already led to the sacking of secretary defense and triggered speculations that the government may take similar action against the army and intelligence chiefs.

Iqbal prayed to the court to declare that the president and prime minster had failed to perform their constitutional duties by disobeying the orders of the SC and the judicial commission probing the Memogate case.

Haider went on to add that the president had categorically declined to accept the SC’s decision and judicial commission’s finding in the Memogate case, whereas the prime minister had said “no one would be allowed to run state within a state” on the floor of the National Assembly on December 22, adding that both statements were in violation of Article 2A, 5, 9,25,62,63,189,190 and 204 of the Constitution and the oath undertaken by the president and prime minister.

Furthermore, the petitioner requested the court to restrain the government from implicating Mansoor Ijaz, the main accuser in the Memogate case, in any false cases upon his arrival and provide him with the Army protection during his stay in the country.