Balochistan — point of no return?

Balochistan — point of no return? 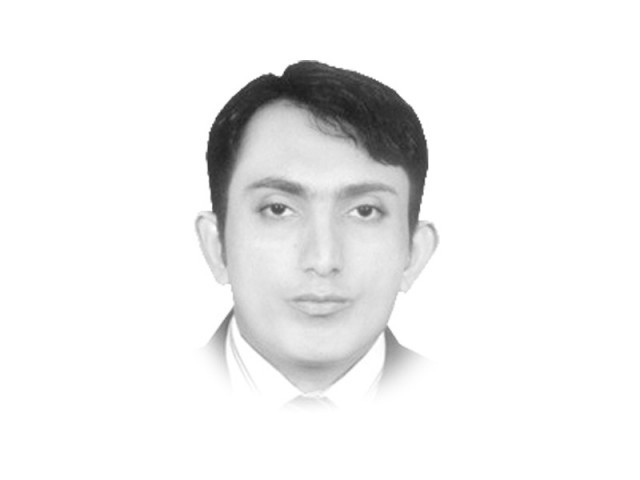 The writer has served as a former bureau chief of the Daily Times in Quetta and is currently a freelance journalist based in Washington DC. He was granted asylum in the US after threats to his life in Pakistan.

Sardar Ataullah Mengal, Balochistan’s first chief minister, recently said after a meeting with PML-N chief Nawaz Sharif that the situation in Balochistan had reached a “point of no return”, adding that he had “no control” over the disillusioned Baloch youths who had taken to the hills to wage a war of liberation. The Baloch are angry with Nawaz Sharif, Imran Khan and the Jamaat-e-Islami. The above three, they complain, organise marches against US foreign policy or in support of Palestine but they do not stage similar long marches in major cities like Islamabad, Lahore and Karachi to condemn the military’s violation of human rights in Balochistan.

The Baloch feel betrayed by the judiciary’s silence over the ‘kill and dump’ operations going on in the province. Although the Chief Justice of Pakistan is a native of Balochistan, the apex court seems to have abstained from playing a proactive role in halting the killing and dumping of those who disappear in the province. Perhaps, the army chief should sanction an independent inquiry into the cases of the missing persons.

The federal government should undertake a comprehensive list of confidence-building measures to bring Balochistan back from the ‘point of no return’. These should include economic and constitutional packages and will have to be implemented over a long period of time.

For instance, the federal government should make sure that no Baloch activist is arrested or killed for at least one year. This may look difficult at this point but it is extremely important for both sides to prove their commitment to a durable peace within a specified time frame. Another possible breakthrough can come forward if the military announces a unilateral end to its operations in the province.

Here are some responsibilities the Baloch nationalists should also own. They should remain assured that they have a genuine and convincing case of being subjected to oppression, therefore, they do not need to exaggerate these injustices. Exaggeration can hinder the resolution of political disputes through peaceful negotiations. The Baloch could have presented a strong case on any forum without foolishly resorting to killing unarmed Punjabi settlers in Balochistan. These killings have tremendously undermined the legitimacy of their struggle. A lot of Baloch leaders and activists justify these killings by terming them as a ‘reaction’ to the military’s brutalities.

Anti-Punjabi rhetoric can serve as a catalyst to garner support from disgruntled political activists but it cannot serve any long-term interest for a political movement. National movements need more sophisticated philosophical and ideological foundations. An intrinsic element of the Baloch culture is the centuries-old concept of bahot (protection) which means to protect the life of a ‘settler’ or an ‘outsider’ who comes to a Baloch area. Throughout Baloch history, we have not seen such brazen attacks on ‘outsiders’ on Baloch land as witnessed after the killing of Nawab Akbar Bugti. These attacks clearly contradict the Baloch code of conduct, known as Balochiat¸ and they also alienate supporters of Balochistan who live outside the province and the country. Will the real progressive Baloch leaders stand up and apologise to the families of Punjabi settlers who were unjustly killed?

Today, criticising certain Baloch leaders is considered almost blasphemous and this closed the doors for dissenting ideas. The young Baloch believes his leader can’t err. Yet, in my judgment, the very leaders who galvanised the middle class Baloch youths, lack the political acumen and the vision to provide their followers and the rest of the world a clear roadmap for maximum autonomy or an independent Balochistan. When leaders are caught up in a situation where they have maximalist demands but no vision of how to achieve their goals, they end up getting all their soldiers arrested or killed.

Lastly, the Baloch and the centre need constant and long-term engagement. They must, at least, be clear about what they stand for instead of eternally and fatally fighting without making an inch of progress toward their desired destinations.